£10 THIRD KIT SUPERDRAW WILL MAKE HISTORY FOR THE CLUB SAYS BEE AS HE ANNOUNCES PRIZE LINE UP.

£10 THIRD KIT SUPERDRAW WILL MAKE HISTORY FOR THE CLUB SAYS BEE AS HE ANNOUNCES PRIZE LINE UP.

Carlton Town’s Deputy Commercial Manager Gaz Bee who along with Roger Gailbraith are the current Carlton Town Pool Champions, has told us that next week’s Third kit Superdraw is an historic moment for the club.

Carlton have done brilliantly in landing grants over the lockdown period, mainly thanks to the expertise and work of Strategic Development Officer Dave Hodgson, but the majority of that money is tied into legal agreements with how the money is spent.

The challenge for Carlton is they still have to meet their wage bill, staffing costs and pay utilitiy bills and have had their Summer Speakers event, Golf Day, Race Day and indeed the 2020 Pool Marathon cancelled and seen most of their pre season played behind closed doors.

Huge doubts sit over their planned events prior to Christmas following recent Government announcements and the club are having to think outside the box.

The £10 third kit Superdraw was the brilliant idea of the players and they along with the committee and management are doing their bit selling envelopes for next Saturday’s big draw.

The club will announce in due course what has been raised from the draw but the club are confident it will be in line with what the club could have reasonably achieved, particularly in these extremely difficult conditions with many companies losing money on an ongoing basis since reopening following lockdown.

Deputy Commercial Manager Gaz Bee told us  “Massive credit to the players for coming up with this historic idea and it is certainly something we have never done before and I would urge Tommy and Mark to ensure we make a decent amount of appearances in the kit, I understand Msr Newsgroup who sponsor the away kit are fine with that and I understand it is also something Martin Ball is hugely in favour of ”

“We will be doing the draw in reverse order, so the first envelope pulled out of the hat will be the £20 Wetherspoons Beeston voucher followed by the £30 Bombay voucher and then the £50 Hooters voucher”

“I urge everyone at the club to give this 100 per cent this week and sell as many envelopes as they can, we may be restricted to this and a big Christmas Draw fundraising wise to raise money in the coming weeks due to Covid 19 so we have to make this count”

“The draw will take place after the Supporters club 100 Club draw on Saturday 19th September when we open our league season with a home game against Lincoln United and we expect the Superdraw to be between 5.30pm and 6.00pm” concluded Gee. 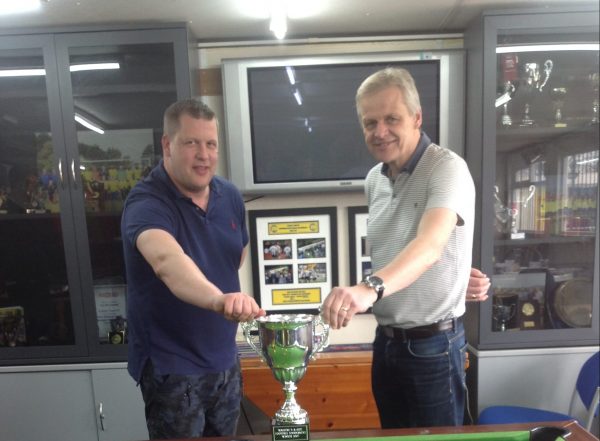