In a day where the 1966 World Cup Final was shown by Channel 4, Carlton Town are proud to have hosted 7 of those heroes at functions at Stoke Lane and the former George Hotel in Nottingham over the last few years.

All were attending as guest speakers to help the club raise vital funds and this website can not remember in which order and exactly when they appeared for the club.

It may also be the case that joint manager Tommy Brookbanks also attended all of those events, certainly most of them during his previous successful times at the club!

Nobby Stiles was undoubtedly the first and his son Sean Styles also appeared at the club as a comedian on a separate date, both quite a few years ago.

Jack Charlton packed the Clubhouse out and a marquee had to be put up, such was the interest in his appearance at Stoke Lane.

All the legends signed memorabilia for the club and for main sponsors Msr Newsgroup with Gordon Banks (pictured speaking in the Clubhouse) items among the most popular after he spoke at Stoke Lane.

Alan Ball was another who went down really well at Stoke lane while 3 other legends appeared at the George Hotel.

Bobby Charlton was the guest of honour at Carlton’s 100 year celebrations in 1904 and famously shared some of his dinner with the great and sadly late Bill Stokeld.

The George Hotel was primarily used when the loop road was being built which of course went through Carlton’s ground, but the quality of speakers the club hosted at the George Hotel meant they would undoubtedly attract a bigger audience anyway.

They were no less than the two World Cup goal scoring heroes, hatrick hero Sir Geoff Hurst and Martin Peters.

Seven fantastically talented men, some sadly no longer with us, but all in a small way part of our history as they contributed to raise much needed funds , in particular Nobby Stiles who signed a significant number of limited edition prints.

We also hosted Jimmy Greaves at the George Hotel, who missed out on the 1966 final but went on himself to have a fantastic career.

When we finally come out of lockdown, photographer Tim Scott will have a look through more archives to see what he can uncover in terms of photographs and dates, but if supporters have any reconciliations of these events or dates, please share them with us.

We will at some point also look back at whom indeed has spoken for us at our Christmas Luncheons and attempt to compile an archive, which started around 2000/2001 and are legendary, it is believed from memory that Jack Charlton was one of those and possibly Sir Geoff Hurst.

One thing is for sure, some fine people have graced our Clubhouse and indeed the former George Hotel where we teamed up with the legendary Mark Hands who now lives in South Africa we believe, fine memories indeed ! 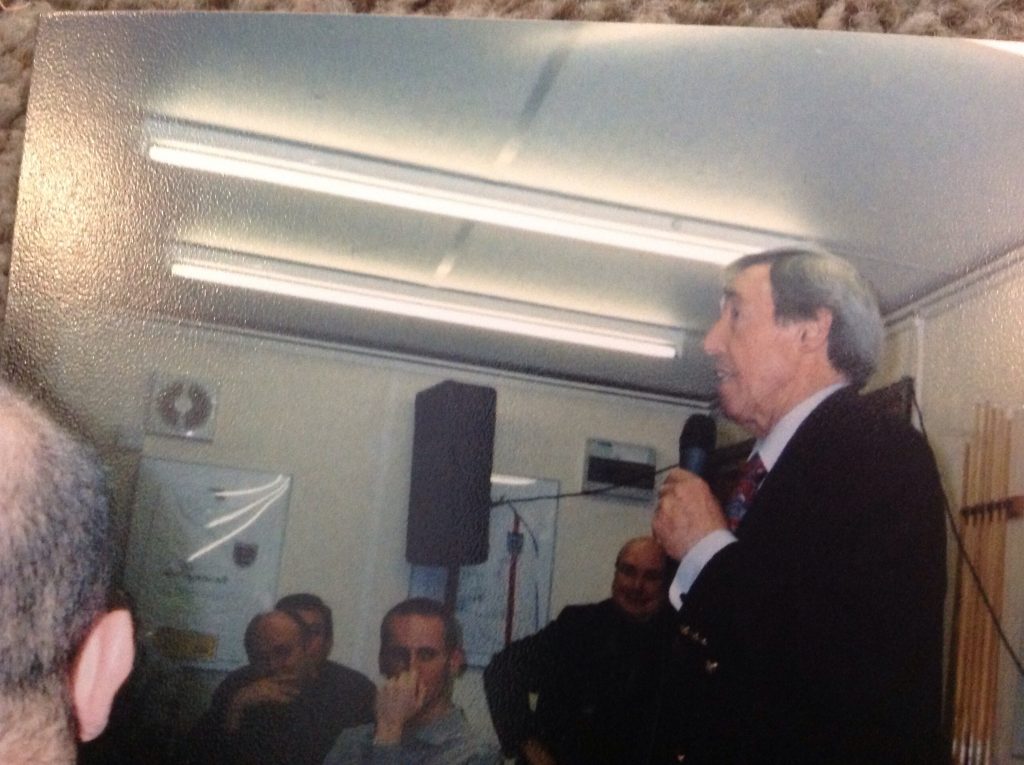