Boatsy told us , “A great afternoon was had by all and the game finished 3-3 , I met one or two of the lads afterwards including Jono Farrelly and Marcus Lewis Roper and they really appreciated the fact we had put a team out to play them, they had some big lads who have represented our armed forces and they are really looking forward to coming back next summer for a charity match, probably in July”

“It was great to see Cass again, he really seems to like it here and we will do our best to help make the charity match is a success next year and I would also like to thank Tim Bee for his help on Sunday”  concluded Boatsy.

“Sunday was a test for the lads and they did amazing, I was extremely proud to have them in the kit representing this club and its mission. These lads are on their way to being National Heroes”

Carlton Town Tv meanwhile have put out interviews from the weekend which are available via our twitter feed with Tommy Brookbanks and Niall Davie following Saturday’s 3-1 win at Yaxley.

Carlton Town Tv will hopefully also catch up with that man Boatsy soon , he like Dave Hodgson last year is certainly making a significant impact at the club and it will interesting to hear his first ever interview with our in house Tv channel, since he was formally voted onto the club’s board at the August AGM. 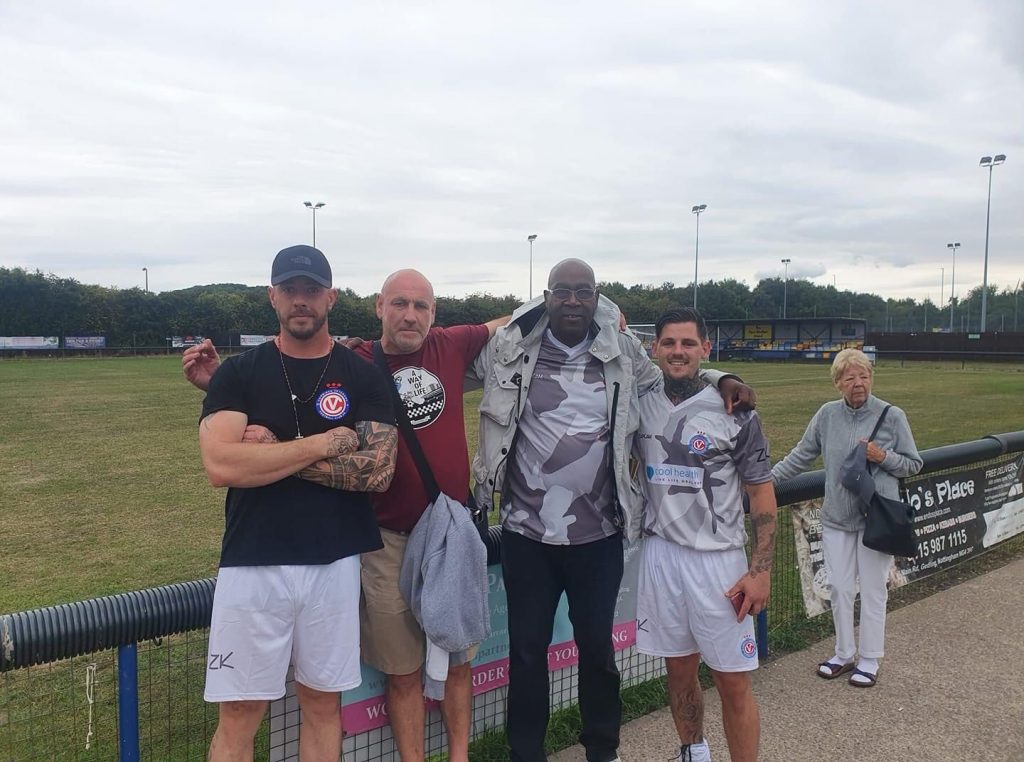