ANOTHER FOREST LEGEND SET FOR STOKE LANE ON SATURDAY!

ANOTHER FOREST LEGEND SET FOR STOKE LANE ON SATURDAY!

Another of Nottingham Forest’s greatest ever players Ian Storey-Moore will be Carlton Town’s very special guest at next Saturday’s clash with Wisbech.

The Forest legend has been to Stoke Lane before both to watch games and speak and at the end of the 2016-2017 season, he presented our brilliant photographer Lou Lardi with his clubman of the year award.

Storey-Moore scored over 100 league goals for Forest in the late 60s, early 70s before joining Manchester United in controversial circumstances.

No doubt it will be one of the questions raised when he is interviewed in the Howard Mitchell Sportsbar before the game, Moore will also mix with the sponsors and have photographs with the mascots.

Storey-Moore also got his one England cap while playing for Nottingham Forest, many believe he should have had many more.

The Reds legend also played alongside another Forest legend Joe Baker at the City Ground and in 1966-1967 they came runners up in the First Division and reached the Semi Final of the Fa Cup.

Before Brian Clough’s brilliant side of the late 70s and early 80s, the side built by Johnny Carey was one of Forest’s finest ever and Moore was a key part of that making 236 League appearances and scoring a total of 105 goals, his career sadly ended in 1974 due to injury.

Store-Moore went on to become chief Scout at both Nottingham Forest and later Aston Villa, so there is much to talk about with him at next week’s game.

Carlton v Wisbech kicks off at 3pm on Saturday 15th January and admission is £9 Adults, £7 Concessions, £5 Students and Nhs workers and £2 under 16s.

There will also hopefully be the opportunity to see exciting new striker Arron O Connor make his home debut. 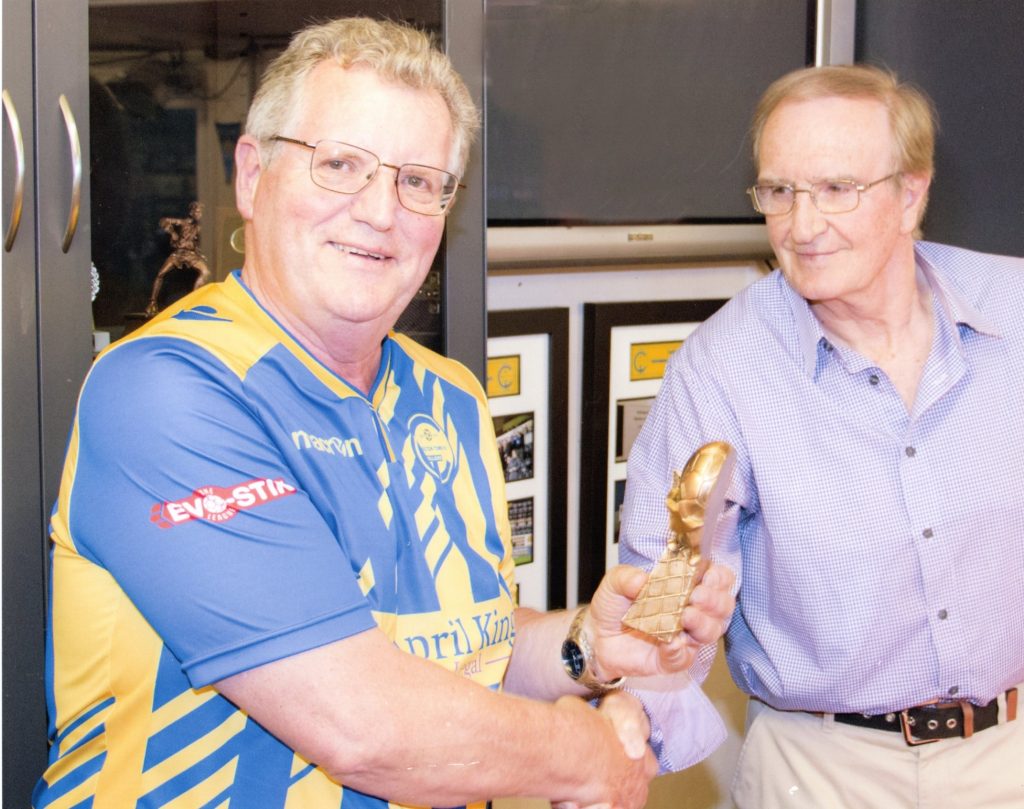