AWAY LOCAL DERBY TO KICK OFF THE SEASON AND IT’S BEDWORTH AND CAMBRIDGE FOR FIRST TWO HOME GAMES!

AWAY LOCAL DERBY TO KICK OFF THE SEASON AND IT’S BEDWORTH AND CAMBRIDGE FOR FIRST TWO HOME GAMES!

Carlton have been given a mouthwatering start to the season, with a local Derby at Shepshed Dynamos to kick things off on Saturday 14th August.

The Millers are at home 3 days later when they entertain Bedworth United at Stoke Lane on Tuesday 18th August, before they travel to either Barton Town or Maltby Main on Saturday 21st August in the Fa Cup.

Another local derby follows on Tuesday 24th August when the Millers visit Belper Town before an exciting clash with Cambridge City on Saturday 28th August, a match which Boatsy as said he will sponsor due to historical ties to the area.

Other stand out fixtures are Ilkeston at home on Saturday 18th September with the away fixture on Saturday 26th February and Corby Town visit Stoke Lane on Saturday 27th November.

Carlton are away on Monday 27th December to Spalding United where they met Mr Christmas Cliff Richard, with the return fixture at Stoke Lane on Easter Monday 18th April.

The full list of fixtures is now on the Northern Premier League website and although all fixtures are subject to change, it at least allows Millers supporters to start planning which away trips they fancy etc .

The League season is scheduled to finish on Saturday 23rd April with an away trip to Stamford, the playoffs will then follow. 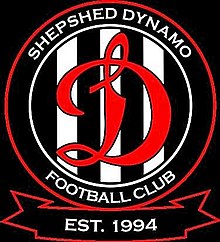