Gary ‘Boatsy’ Clarke has launched the new players sponsorship scheme for the forthcoming season and told us, the importance of the success of it had taken on extra significance following the loss of the club’s appeal to move back into the Midlands league rather than the North league where the Fa have placed them ahead of the coming season.

“It’s no secret that our travel bill is going to rocket next season with some coaches quoted for away games at 1k each, we need to raise a substantial amount of money to facilitate this and I am hoping that supporters and sponsors will get behind the player Sponsorship scheme as this money will go towards the cost of travel next season”

“Player kit Sponsorship is available for home and away at £60 each or only £100 for both home and away and includes Vat. There are some exciting new players up for Sponsorship next season including new striker Brad Wells, former Mansfield Town under 23s Captain Kyle Tomlin and new goalkeeper Mike Emery to name but three”

” New captain Martin Ball, prolific striker Arron O Connor and last season’s  player of the year Nat Watson are sure to be popular choices, the new squad looks exciting and I will let Sponsorships go on a first come first serve basis, please contact me on 07907 064189 or directly on social media”

” I will keep Supporters updated on how this is going and together hopefully we will raise vital money to help pay towards next season’s coach travel” concluded Boatsy.”

Backroom staff will be added to the list in due course. 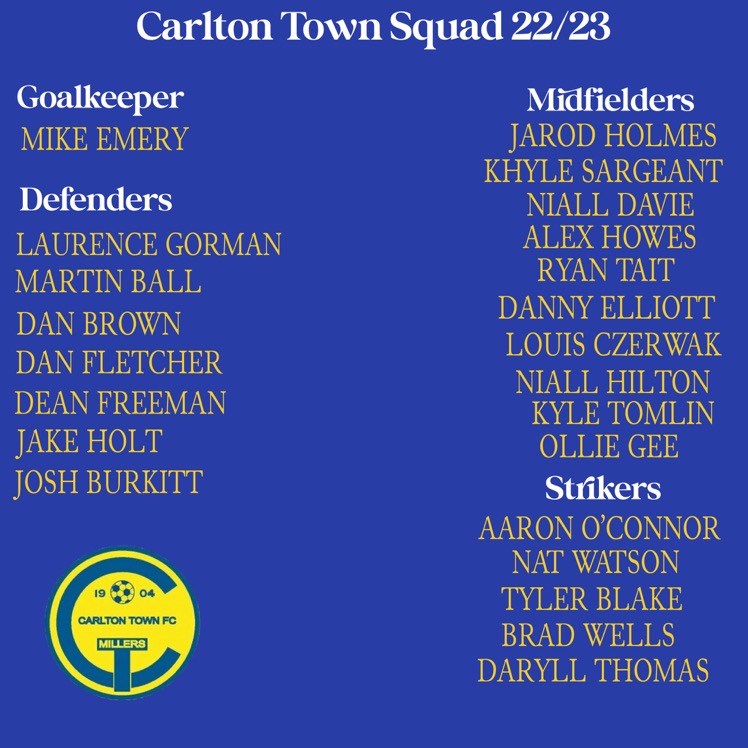