BROOKBANKS EXPLAINS DECISION TO BRING IN NEW STRIKER AND GIVES UPDATE ON MILLERS PLAYERS OUT ON LOAN!

BROOKBANKS EXPLAINS DECISION TO BRING IN NEW STRIKER AND GIVES UPDATE ON MILLERS PLAYERS OUT ON LOAN!

Carlton Town Tv had their first chance since the signing of Arron O Connor to catch up with Joint manager Tommy Brookbanks after the 2-0 win at Stoke Lane over Wisbech Town.

Brookbanks praised keeper Kieran Preston for two fine saves in the game which this website understands would have clinched him the man of the match award from Match Sponsors Times Furniture, but the wonderful free kick by Nat Watson won over Dave Perrin and one can understand why, it will surely be a contender for goal of the season.

The club was overwhelmed with messages and support a week or so ago when they signed Arron O’ Conner including 140 likes on Twitter when the signing was announced and in an exclusive catch up with Carlton Town Tv post match, Tommy Brookbanks explained why they had signed him. 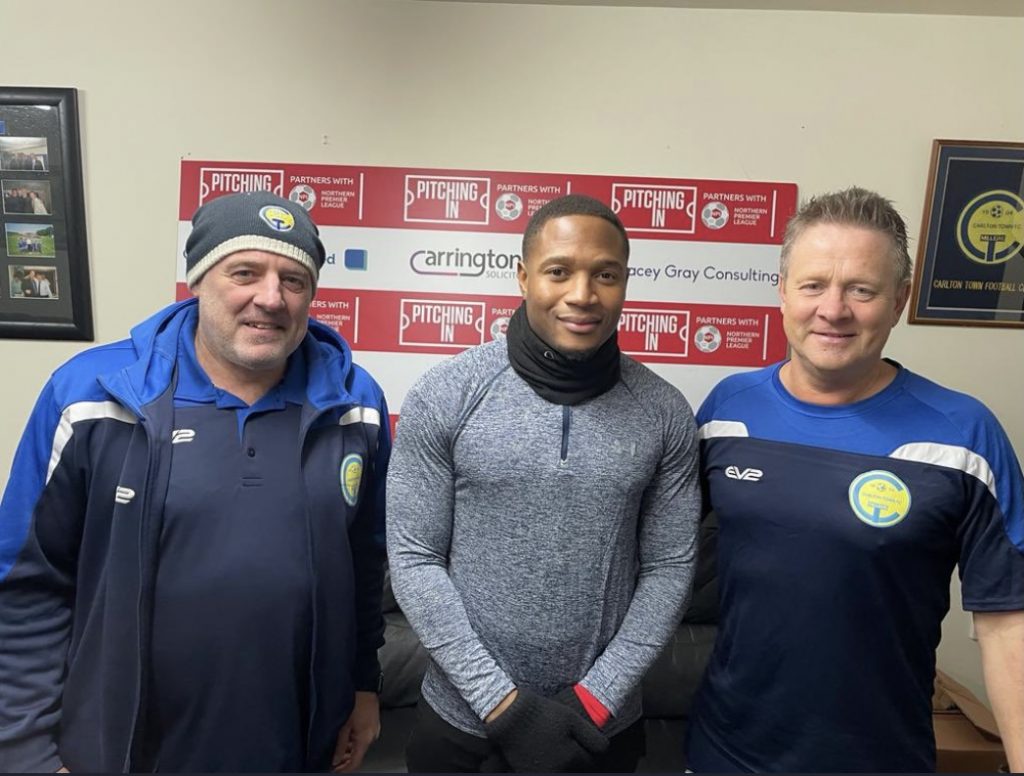