Carlton Town continue to embrace the new look Northern Premier Midlands league and remain unbeaten after their first six league games moving up to second after a fine 3-1 win at Yaxley.

It was a first visit for the millers to the beautiful village of Yaxley and an impressive ground complete with state of the art 4g pitch.

The Millers could not get going in the first half , often over hitting passes and failing to get any fluentcy and in fairness, did not have a serious effort on goal and indeed went behind to what the visitors believed was a soft penalty award.

A penalty award is was however and the home side took the lead courtesy of a fine penalty from Hook and the Millers went in at half time a goal down.

What was said in the dressing room at half time is unknown, but whatever it was clearly had an impact, because a different Millers emerged, full of energy, purpose and precision and goals from Aaron Opoku and Toby Moore who had earlier given the penalty away, put the visitors 2-1 up.

James Matthews entered the affray and looked full of energy, but quickly departed when the referee determined a foul tackle warranted a red card, it looked harsh on the Carlton youngster, but the Millers were going to have to battle through more than the last quarter of the game with only ten men.

Carlton remained on the front foot as these two managers always try to do even when facing adversity and it paid off when Tyler Blake scored a superb individual goal to cap off a barnstorming second half comeback for the Millers.

Carlton now face three massive fixtures in the next few days visiting top of the table and favourites for the title Halesowen on Tuesday 14th September, Ilkeston Town who are only 3 points behind the Millers in 7th place visit Stoke Lane next Saturday 18th September, before another local Derby on Tuesday 21st September when Carlton visit 9th place Belper Town.

Tough fixtures ahead indeed for Carlton, but for now it’s a great start to the season and once again, the Millers had decent away support at Yaxley, something Joint manager Tommy Brookbanks appreciatied when he spoke to Carlton Town’s lead reporter Josh Hodgson after the game. Josh also spoke to man of the match Niall Davie and both interviews will be uploaded to Carlton Town Tv over the weekend. 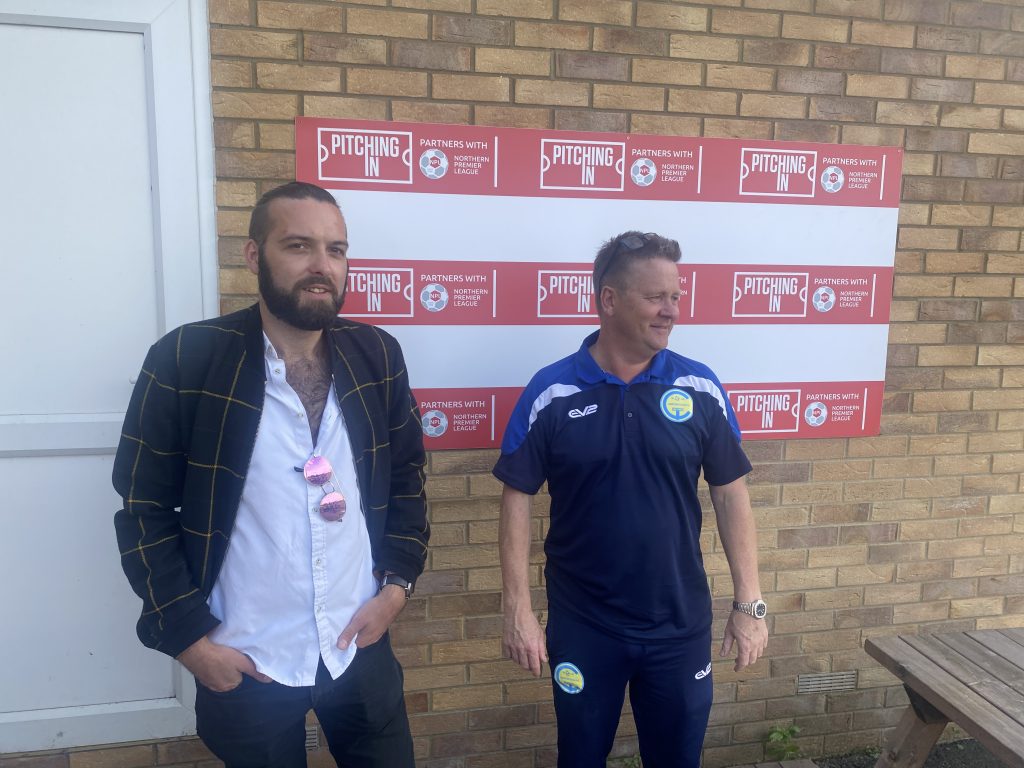