The late start to the season means games are coming thick and fast for Carlton Town and the Millers play their first home league midweek game of the season when Wisbech Town visit Stoke Lane this Tuesday.

The Millers were given a huge boost when they defeated Frickley Athletic 3-0 on Saturday, their first  league win came courtesy of an own goal and with finishes from Arron Opoku and Niall Davie and followed an impressive 0-0 draw at Sutton Coldfield in midweek.

Attention now turns back to Stoke Lane where the Millers lost their opening league game against Lincoln United, but despite the defeat were boosted by an excellent attendance and Carlton will be hoping for more of the same on Tuesday evening.

A big Thankyou to Eden Hurst Care Home whom are sponsoring the Match Ball and it will be great to see new Marketing Manager and Programme Editor Ben Chambers attending his first ever Carlton Town game.

Ben (pictured) has made a great impact since he joined the club in the summer and is one of the positives to come out of this difficult period.

Carlton are already working on more big plans for their next home Saturday game against Leek Town on Saturday 24th October, including another guest Ale, a repeat Happy Hour and a Vinyl Music session after the game and further details will follow.

In the short term, the club would be grateful if supporters in the Tote could bring their payments in and are hoping for another good turnout on Tuesday evening.

Its no secret, Carlton have a long list of injuries but impressive youngsters and the squad in general have stepped up to the plate in the last two away games and Mark and Tommy will hope to build on that this week and are both as keen as anybody for a buzzing Stoke Lane.

Admission is £9 Adults £7 Concessions and supporters are reminded about the new special rate for NHS, key workers and Students of just £5 while the admission price for under 16s as been reduced this season to only £2. 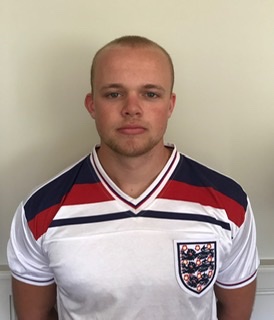