The talented young midfielder was recommended to Tommy Brookbanks by a contact at Forest recently and invited him down to training.

Otim 21 (pictured in action for Forest Academy side) impressed at Forest as a youngster and it was a surprise when he was released at the end of the 2017-2018 season, but he soon found another club and had spent the last year at Barnsley.

We spoke with former young Nottingham Forest young goalkeeper Rudi Soloha who has just signed a professional contract with a club in Latvia after himself being released by the reds and he told us Elvis is an impressive young man.

Brookbanks and Harvey are clearly not sitting on their laurels despite the good start to the season.

With one or two players away in the coming weeks and fixtures coming thick and fast, it is no surprise that the managers have looked to bolster the midfield and the Carlton Town faithful can no doubt look forward to Elvis making his debut sooner rather than later and there is the chance for a kit sponsor to come forward, with all the other current players in the first team squad already being taken. 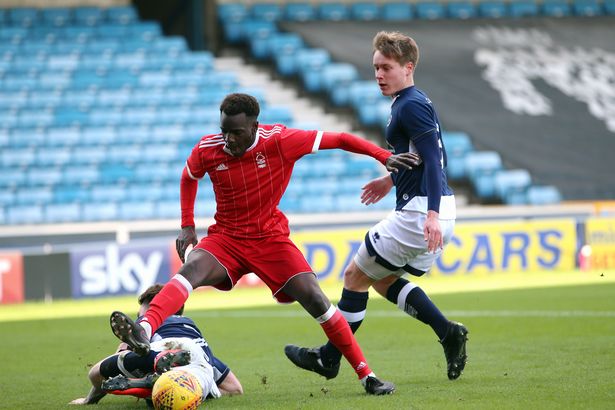