Carlton Town Chairman Mick Garton has today told us the club will appeal the decision of the Football Association to move The Millers into the Northern Premier East League despite the fact they are based in the Midlands.

“In my 20 plus years as Chairman, I have never received such negative feedback to an announcement, it’s come from Management, Commitee, Players, Supporters and sponsors alike, all five sections which make up the club”

“It has been one of the finest season’s in the club’s history and the positivety surrounding the club has been amazing, but in one foul swoop, the Fa have smashed all that away”

“This was rumoured a few weeks ago , but calming voices told us not to panic , it was only rumour, how wrong they were, it is a harsh reality ”

Carlton currently have no away trips over 100 miles , but with the new league allocations will face 7 and this website understands that five of those are around or over 150 miles.

Travel Costs will go through the roof and the Millers Coach company has already told them to expect double invoices for away travel with one game at least costing £1,000.

Joint Manager Tommy Brookbanks and club legend Martin Ball are understood to be two of many who are furious with the decision.

The club excepted that there would be extra travel if they achieved promotion, but this extra travel comes without the benefits promotion would have brought to the club both Commercially.and in the community.

“I have asked Secretary Trevor Wells and Strategic Development Officer Dave Hodgson to do some work on the implications of this and we will meet with the supporters club over the weekend as well to get their take on things, they are happy to be having an away day to Sheffield again, but not much else of this makes them happy from the feedback we have had today” continued the Chairman.

The club believes that some of the long distance games will inevitably end up being midweek, particularly if it’s a bad winter and after their experience of having similar travels 4 seasons ago, the belief was the Fa had accepted they had made a mistake and moved Carlton back into the Midlands league and in an era of reducing the carbone footprint, this seems to many at the club to be a huge mistake on so many levels. 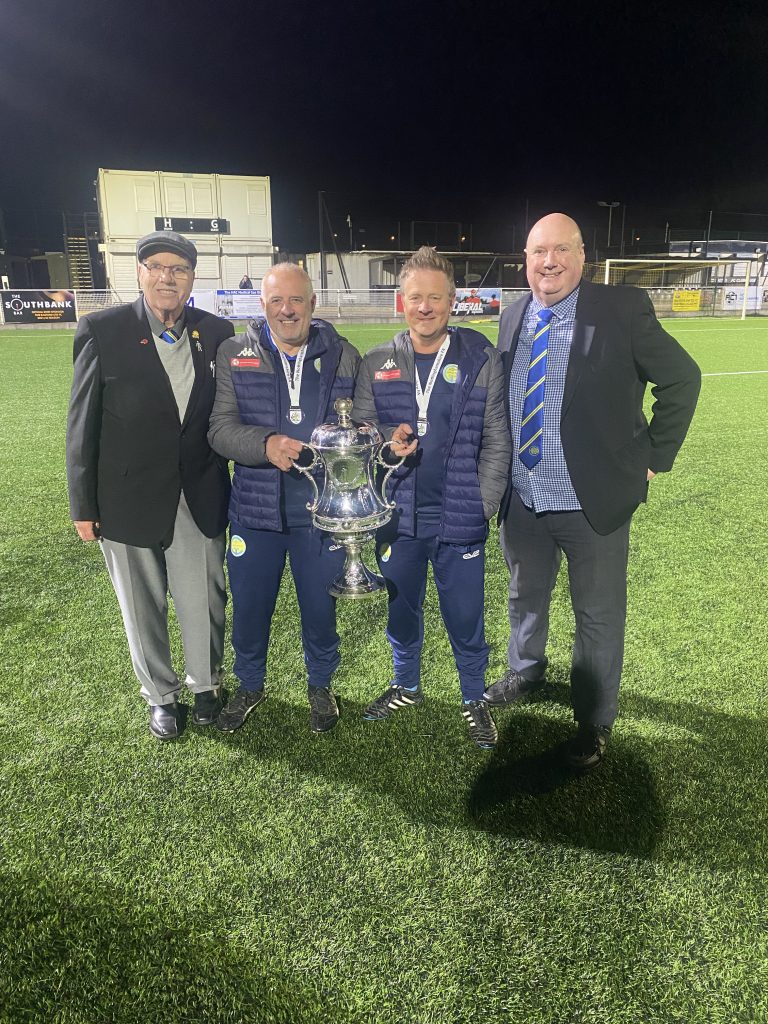