Carlton Town are devastated to announce the death of Mr Roy Garton, father of Chairman Mick Garton.
Roy attended pretty much every home game after his son took over as Chairman and went on to contribute massively to building the club’s infrastructure.
He contributed substantial funds to help put up the Clubhouse, the building now used to house the classroom and the Paul Shelton stand and along with his son Mick and in particular at the time Bill Stokeld, laid the foundations for where Carlton are at now, with substantial funding initially as a loan to help the club, but all money provided was later written off to help the club climb the pyramid.
Roy enjoyed in Tommy Brookbank’s success and the early part of Les Mcjannet’s great times at the club, until dementia took its toll in recent years and he became unable to attend.
Roy was also a massive Nottingham Forest fan and loved the Brian Clough era.
He had an excellent relationship with Tommy Brookbanks during the early glory years and Tommy tells some nice stories about Roy at the club during those wonderful years.
Chairman Mick Garton is grateful for all the messages of support he has received from players past and present, Commitee members and management and coaching staff at the club as well as supporters and this website understands Roy’s wake will be held at the Bill Stokeld Stadium following a service at Gedling Crematorium at Catfoot Lane Lambley possibly on Thursday 25th July during the afternoon, further details wil follow once the family have made all the arrangements.
For the clubs part, a minutes silence will be held before Saturday’s game against Hucknall Town and Tommy Brookbanks will pen a tribute in due course which is likely to be featured in the first Matchday Programme of the new season. 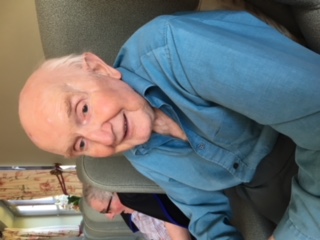