One way systems, hand Sanitizer Stations, screens on the bar , only one allowed in the toilet, it was a very strange Matchday experience at Carlton Town today.

The game was behind closed doors with no paying public allowed, although Commitee members, photographers  and a handful of club volunteers were allowed to attend Carlton’s first friendly fixture under Covid 19 restrictions.

The club and partners have worked really hard in the last few days to ensure all risk assessment measures were put in place to allow this first friendly to go ahead.

Gary Haywood’s Buxton boys were put through their paces ahead of the game and the strong Northern Premier League premiership team looked well up for this first friendly.

Carlton were missing Martin Ball with a worrying Knee injury and with midfield general Oliver Clarke away, Carlton brought in new signing Lawrence Gorman (pictured) who was among a number of Carlton players who impressed against highly rated Buxton.

It was Buxton who started brightly and Jack Steggles had to be at his most alert to deal with a number of early threats but it was Carlton who took the lead through Arron Opoku and when Tyler Blake added a second, it looked as though Carlton had continued were they had left off in March.

All be it a friendly, there was no way any team managed by Gary Haywood was going to lie down and when Jack Steggles came steaming off his line to bring down a Buxton striker, Referee Martyn Fryer correctly pointed to the spot and with the penalty duly converted, it would make for an interesting final period.

Carlton shuffled their pack and had a number of opportunities on the break and Buxton got into decent positions themselves, but could not find a finish.

So a 2-1 win and many players impressed in what was for both teams, a first proper work out, a big thankyou to Buxton and Gary Haywood for bringing their side down, we wish them luck in the forthcoming campaign.

It was a game that would have attracted a decent crowd and it was until the heavy shower, a beautiful afternoon.

Carlton are in action again on Tuesday when they take on Selston Fc at 7.30pm at Stoke Lane and unfortunately, the same restrictions will apply.

This website understands that Carlton sold their first 5 season tickets for next season today and are set to announce a new important fund raising iniative in the coming days, something suggested by Senior players at the club, watch this space ! 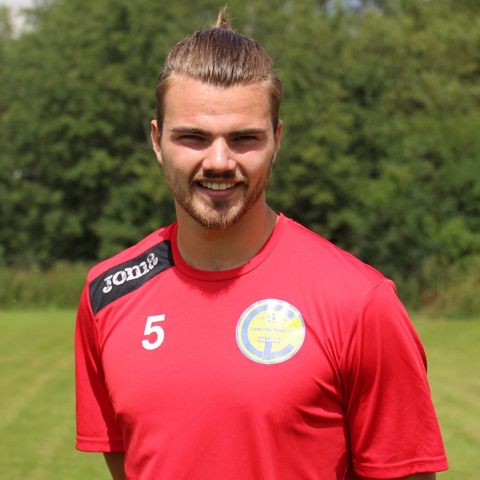