CHAIRMAN GOBSMACKED BUT PROUD OF PRIDE OF GEDLING AWARD!

CHAIRMAN GOBSMACKED BUT PROUD OF PRIDE OF GEDLING AWARD!

Carlton Town Chairman Mick Garton admitted he had absolutely no idea he had won a “Lifetime Achievement Award” from Gedling Borough Council.

The Chairman pictured with goalkeeper Jack Steggles and his mum Andrea when social distancing was not an issue gave us an extensive statement tonight in response to the news.

“I was invited to the event with Estelle earlier this year and it was mentioned I had been nominated for something, but I had no idea for what or in what capacity as I have also ran a business in the borough for 31 years and I genuinely thought it might be something to do with that”

“I was told the other week that the event would now be on line and I spent an hour with my daughter Shannon trying to link up to it, but had to give up in the end as it just kept coming up event starting soon”

“Having now watched it all back, it was clear others had problems too and it seems there were some technical issues, but to take my place alongside some fantastic people who won awards on the night is something I am very proud of ”

“I would also like to thank everyone who has text me or put likes on Twitter etc, your kind support means a lot and makes everything feel so worthwhile because I would be lying if I did not admit, the role can be challenging at times”

“There have certainly been more good times than bad however, the success we had at the start of the decade with Tommy Brookbanks with repeated promotions, winning back to back Senior Cups with firstly Les Mcjannet and Mark Clarke and then Les and Iain McCulloch, a competition the club had never won, before winning it again against all the odds at Meadow Lane under Wayne Scott”

“After Wayne’s departure, the club needed a reboot and Tommy coming back and Mark Harvey have certainly given us that and last season was certainly one of the most enjoyable in that 20 years”

“The engagement with the fans has reached a new level this season and in particular the setting up of the 100 club was a master stroke by Alan Murphy and the supporters, management, committee and players who have backed that are a credit to the club”

“Two brilliant secretary’s in the late Paul Shelton and Trevor Wells who now has the reigns and works so hard for the club and three excellent Vice Chairman, the late Chuck Fowler, Paul King and of course my current right hand man Barry North who have all been brilliant, all be it in different ways and i will never forget the legend Bill Stokeld whom the stadium is rightfully named after”

“Also, thankyou to everyone who has contributed on the committee and if I name you all, I will miss somebody and get into trouble , so I won’t even try, but you know who you are and finally the players, we have seen some talent through the doors in the last 20 years, many coming through the club as youngsters under some fantastic coaches, again you know who you are and it’s been a pleasure to work with many of them, some have become really good friends ”

“This sounds like a resignation speech , but I’m not planning on going anywhere at the moment if that’s allright with you guys, we need to spin some records on those new turntables I have invested in, hopefully after celebrating many more victories under Tommy and Mark” concluded the Award winning and indeed proud Chairman. 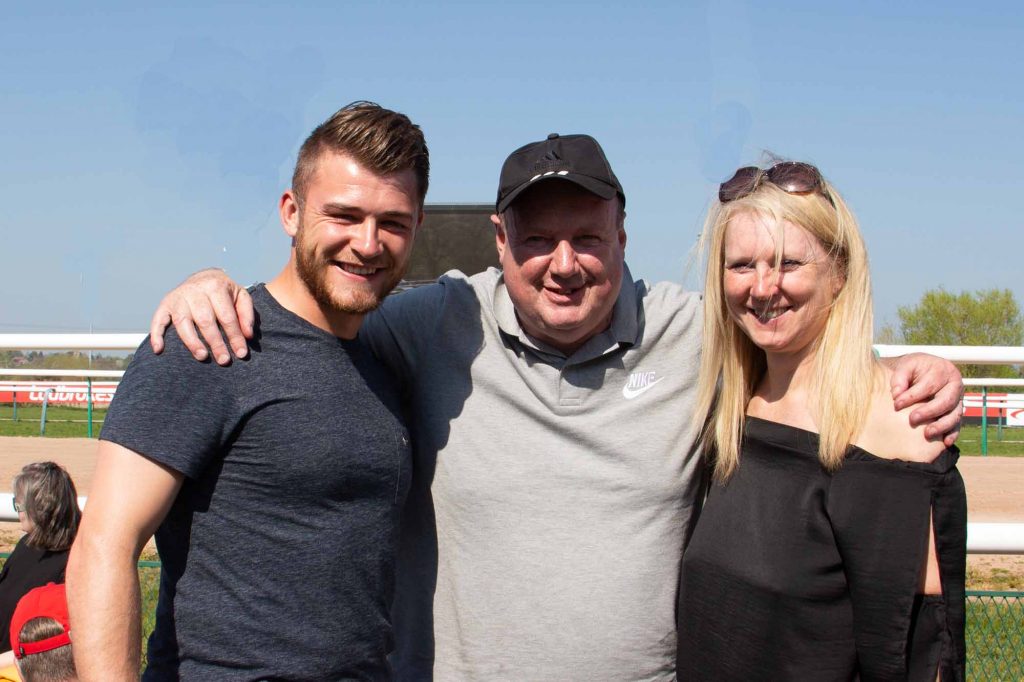