CHARITY GAME WILL GIVE PLAYERS CHANCE TO SAY GOODBYE TO FANS AND LAWRENCE LAUNCHES CHARITY DRAW!

CHARITY GAME WILL GIVE PLAYERS CHANCE TO SAY GOODBYE TO FANS AND LAWRENCE LAUNCHES CHARITY DRAW!

While the publicity in recent days has revolved around the players lining up for World Game Changers on Sunday 22nd May, Carlton Town have generally taken a back seat but that all changes today with the news that Arron Opoku, Toby Moore and Tyler Joyal will make farewell appearances in the game.

Joint Manager Tommy Brookbanks told us “It will be nice to give them a proper send off, a proper farewell and give the chance to fans to see them all one more time, all three of them have done brilliantly for us”

Arron’s departure has been well documented on Social Media and Tommy announced at the presentation that Toby was moving abroad. Tyler has had a fantastic work opportunity come his way which will sadly make him unavailable to play for The Millers next season as well.

Lawrence Gorman got into the spirit by kindly helping launch this years prize draw and one was of the first to buy tickets as pictured with his dad John who also made a purchase to get the Charity ball rolling.

The draw will take place in the Howard Mitchell Sportsbar after the big game. 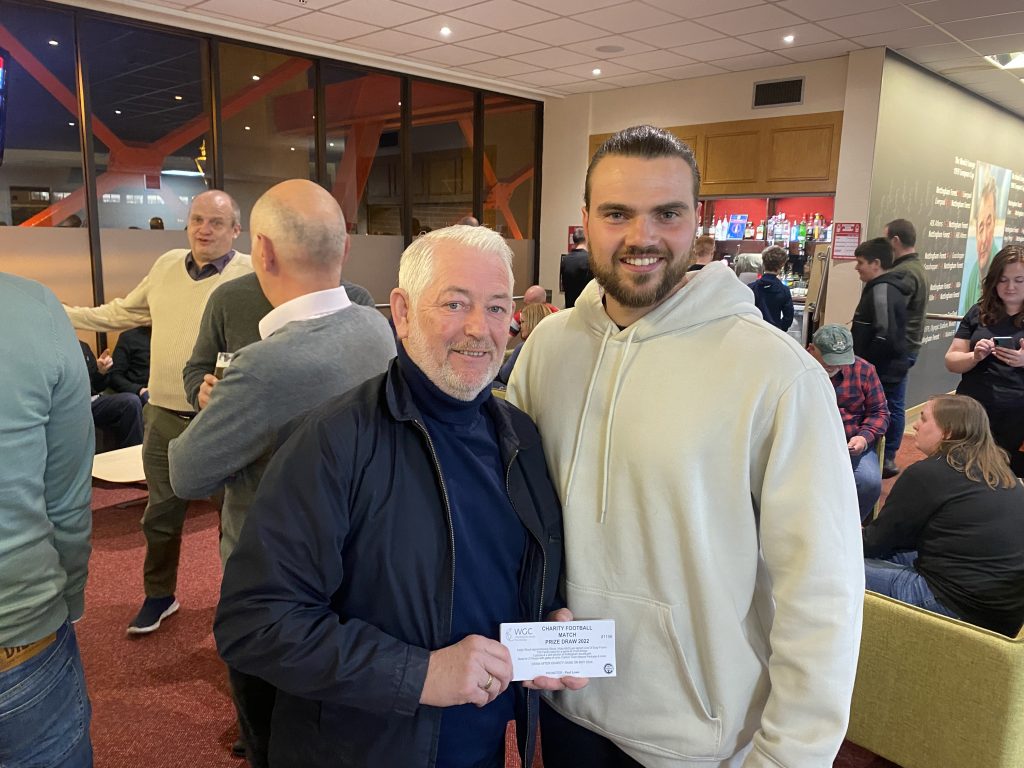