Tommy Brookbanks and Mark Harvey are hoping to keep good news coming for the loyal Millers Supporters who have been volunteering at the ground recently to help get the stadium spruced up for the next football season, whenever that will be!

Carlton Town’s excellent season last time round was cut short by Covid 19 when the Millers were in scintillating form and Brookbanks and Harvey are both determined to build on that.

It was recently announced that excellent young goalkeeper Jack Steggles had signed a new contract at the end of last season and now the club can reveal that another hero from their historic Nottinghamshire County Cup Final win against Basford United at Meadow Lane in 2017 is to return to the club.

Brookbanks has today told this website that he is delighted to be welcoming Lawrence Gorman back to the club.

Gorman is pictured at the ground socially distancing with the management duo and we hope to catch up with him in the near future following his welcome return to Stoke Lane.

He was a very popular figure at Stoke Lane and despite mainly playing at the back, chipped in with some crucial goals for the Millers, he has also popped in to Stoke Lane to donate some signed Memorabilia for a fund raiser since his departure.

Chairman Mick Garton responsed positively to the news and told us

“I personally was sorry to see Lawrence go, he was pivotal to that cup triumph and a great signing by Wayne Scott at the time. He will challenge Toby and Bally for a centre half start but is equally competent at full back or in midfield and it will give Tommy and Mark some new options, he also knows the club well following his previous success here, so that is another plus”

The Chairman also paid tribute to those volunteering at the ground and gave his thoughts on football without fans.

“Our supporters have really stepped up to the plate during this pandemic, both with the 100 club and what they have started doing at the ground, I will meet up with them as soon as there are more restrictions lifted and look in detail at some ideas they have put forward”

“Football without supporters in the ground is not football for me in the true sense of the word and make no mistake, we will not be able to play at our level without supporters, this is not me scaremongering, it is a fact and the powers that be will have to find a way of getting spectators into grounds next season”

“I heard Ian Holloway speak about this the other week and he was spot on, I know at the moment everyone is focused on the Premier League and the Championship, but at some point soon, these issues will need to be addressed ” concluded the Millers Chairman. 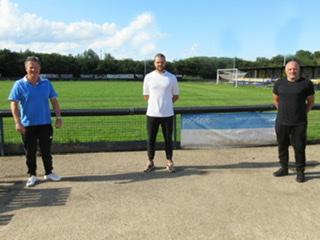