FA TROPHY JOURNEY IS OVER FOR ANOTHER YEAR FOR THE MILLERS!

FA TROPHY JOURNEY IS OVER FOR ANOTHER YEAR FOR THE MILLERS!

The great and the good came out to support Carlton Town at the weekend, thanks in part to the excellent coverage received on Radio Nottingham last Week

In particular, a big Thankyou to Redrow Homes and Gareth who sponsorsed the game and picked the Millers man of the match .

Radio Nottingham presenter Arun, himself came and covered the game and interviewed both Chairman Mick Garton and Joint manager Tommy Brookbanks after the final whistle and this website understands those interviews will go out on Arun’s show between 6 and 7 on Monday evening.

Radio Nottingham and Sky sports reporter Dave Bracegirdle was another who took advantage of the international break to come and support the Millers.

Special VIP guest John McGovern gave his afternoon up and was at the club for a full 5 hours, what a top man and a big thankyou to Dj Sanj Beri for helping look after John who met the sponsors at half time , spoke to Carlton Town Tv after the game, while presenting Arron Opoku who gave the Millers a first half lead with a fine goal, with his man of the match award and also did an exclusive interview in the Howard Mitchell Sportsbar with Chairman Mick Garton for the supporters and Carlton Town Tv just before kick off.

Groundhoppers, decent away support and pretty much every Millers fans bringing along a friend or two helped boost the game to 271, one of the highest gates in the club’s history.

The match itself, well the Millers can count themselves unlucky, a number of chances flashed past the woodwork, they had a couple of penalty appeals turned down, one of them very harshly and they hit the crossbar in injury time after Stourbridge had taken a late and crucial lead.

Credit to Stourbridge who showed their level 3 class at times and in particular to Montel Gibson who got the vital goals for his side in their 2-1 win.

Carlton will now turn their attention back to the league with another Massive game next Saturday when they visit 2nd place Chasetown.

The link below brings you 3 interviews after the game with Carlton’s John Bryson talking to Mark Harvey followed straight after by Arron Opoku and John McGovern. 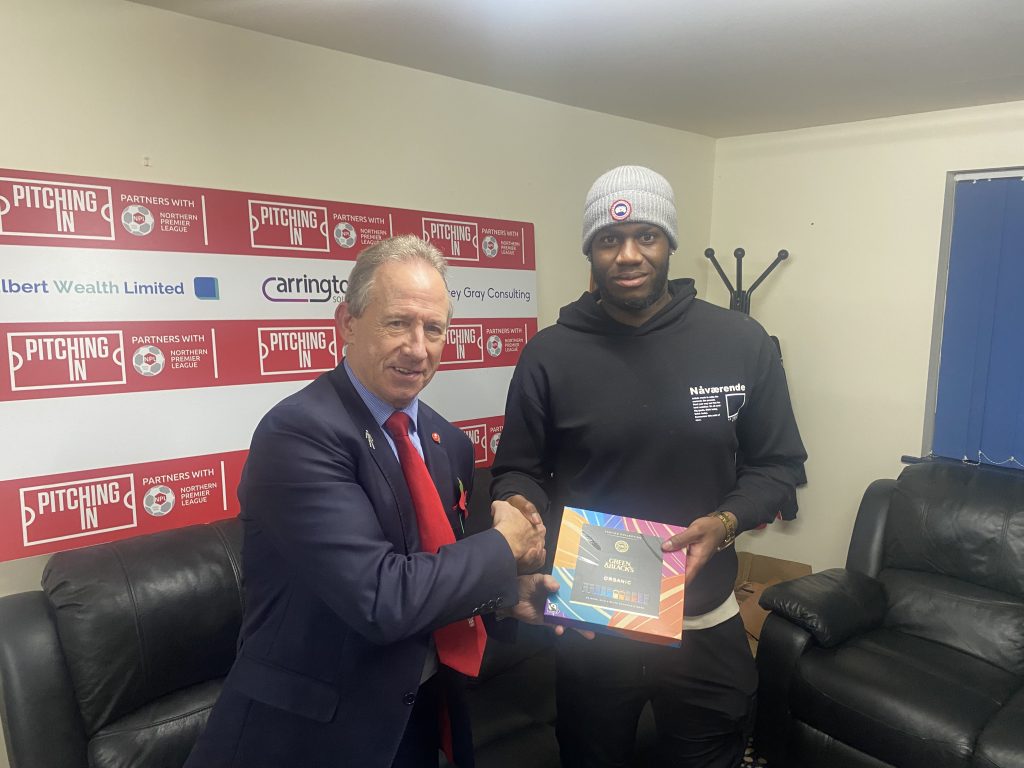