FANTASTIC AWAY WIN TAKES CARLTON BACK TO THE TOP !

FANTASTIC AWAY WIN TAKES CARLTON BACK TO THE TOP !

Martin Ball continued his outstanding form for Carlton Town with a man of the match performance and the winning goal at one of his old club’s Worksop Town.

Ball may be the wrong side of thirty, but he is still delivering on the big stage and increasing his legendary status at the club given he is without a doubt, one of the best players to come through the club’s youth system and the likes of Ian Spencer and Daryl Claypole who helped nurture his talent, must be proud of what he is still doing for the club.

Another popular Carlton Town figure was at the game today, Mr Johnny Brookbanks, brother of joint manager Tommy, he was impressed with what he saw and was on good form!

The reality is that the Senior management of the club expected an upturn in form following the appointment of Tommy and Mark Harvey, but could not have anticipated winning 5 away games on the bounce without conceding a goal and being top of the league in late October.

Worksop Town fans come in numbers and support their club and there were 441 at today’s game with probably close on 400 being from Worksop with Carlton making up the oddment, a vocal oddment to be fair with Supporters Club Chief Alan Murphy on fine form.

Alan’s report on the Supporters website will be well worth a read, the pleasing factors of this win will be that Carlton were without Tom Maddison and Niall Davey and when Oliver Clark went off injured, it meant three of their usual four in midfield were not on the pitch, so massive credit to those who came and off the bench including Luke Smithson, who was particularly lively.

Another returning star, also well into his thirties Daryl Thomas should have given Carlton the lead late on, but put his free header wide, Ball made no such mistake and credit should also go to Tyler Johal for a great corner.

Finally a special mention for keeper Jack Steggles, five away clean sheets in the league on the bounce, a great low save in the first half and great kicking and punching today which helped Carlton to another fantastic away win and top of the table status, the club should enjoy it while it lasts and be proud and look forward to next weeks Fa Trophy clash with Matlock at Stoke Lane, it’s maybe a pity it’s not away from home, given the current chapter of form ! 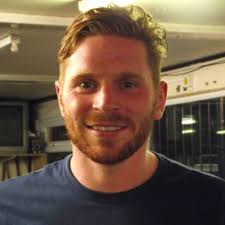