EXCELLENT POINT FOR MILLERS, ONE THOUSAND VIEWS FOR REECE AND CHRISTMAS LUNCHEON IS A SELL OUT !

EXCELLENT POINT FOR MILLERS, ONE THOUSAND VIEWS FOR REECE AND CHRISTMAS LUNCHEON IS A SELL OUT !

Carlton Town Chairman Mick Garton travelled down on the coach with the players and supporters for the first time this season after previously traveling by car to the away games he has been to so far this season and admits he was blown away by the atmosphere and support.

“There were 20 supporters on the coach, they ran number cards to help with the cost of the coach and all paid to come on as well and the vocal support was fantastic at the game”

“We probably had around 50 supporters in the ground in total  which may not sound a lot, but when you consider we were averaging 78 at home games not so long ago and probably half of those could well have been away fans, it’s shows the direction of travel the club is going in”

” I know it won’t be the same every game, but I’m told it’s happening more and more and I know from speaking to Kylie Sargent at the end of the game, how much the players appreciate it”

“To back this up, the Christmas luncheon is completely sold out with all 100 tickets for Charlie McParland sold, a massive thankyou to our sponsors Castle Rock and to Mick Greenwood, Dave Perrin, Tom Hughes, Lindleys, Boatsy, Imperial Tobacco and John Gilbert who have all taken tables and individual supporters who have purchased tickets”

“Also a big thankyou to Reece who travelled to his first away game on the coach and then gave an after match interview to Carlton Town Tv which has already had over 1,000 views on Twitter, incredible numbers for the popular Bear, perhaps our reporters need to interview a few more supporters going forward”

“Finally, I have to say how much I enjoyed the game, I thought we edged the first half and they were the better team in the second half, but an away point against a team in competition with us in the top six, is a good point to be fair and I was stood directly behind the goal for our two fine headed goals which a great position to be in”

“We have big announcements coming up for special guests for our next two home games so watch this space” concluded the Millers Chairman. 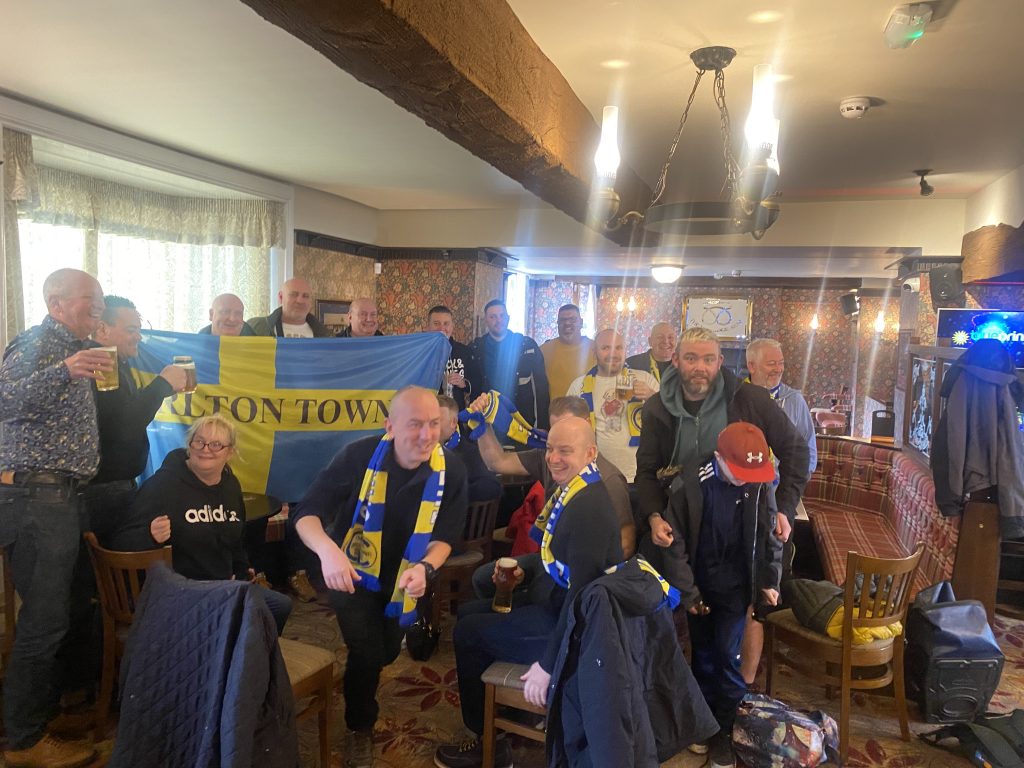