Carlton Town Joint manager Tommy Brookbanks admitted today that it appeared that at the moment that there are 7 teams in the division who have been brutal and relentless in winning points at the top end of the table and any 5 of those 7 look like being in the promotion mix at the end of the season. Carlton’s trick is to make sure they remain among those 7 and ultimately the crucial top five.

Carlton suffered their first home league defeat of the campaign and only their second of the season so far going into December and Brookbanks told us.

“Normally our record would have you at least in the top 3 at this stage if not the top 2, but the standard is really high this season and in particular from the top 7 teams and if any one of us slips up, you look at the results and pretty much all the other teams unless they are playing each other win and that is a repeated pattern at the moment week on week”

Brookbanks remained upbeat despite the 3-1 defeat to a good Stamford side and will be hoping Carlton can pick up points in their two games on the road this week, starting with Sporting Khalsa on Tuesday night and Bedworth Town on Saturday.

The club will run more coaches as the season progresses but have not planned to for these two games in the Midlands, but are still obviously hoping for continued good support from an away contingent. Tommy also expressed his delight at Saturday’s gate, with once again over 160 inside the Bill Stokeld Stadium.

One huge positive from Saturday’s defeat was the appearance of the Christmas jumper and Boatsy and Mark Harvey looked absolutely superb. 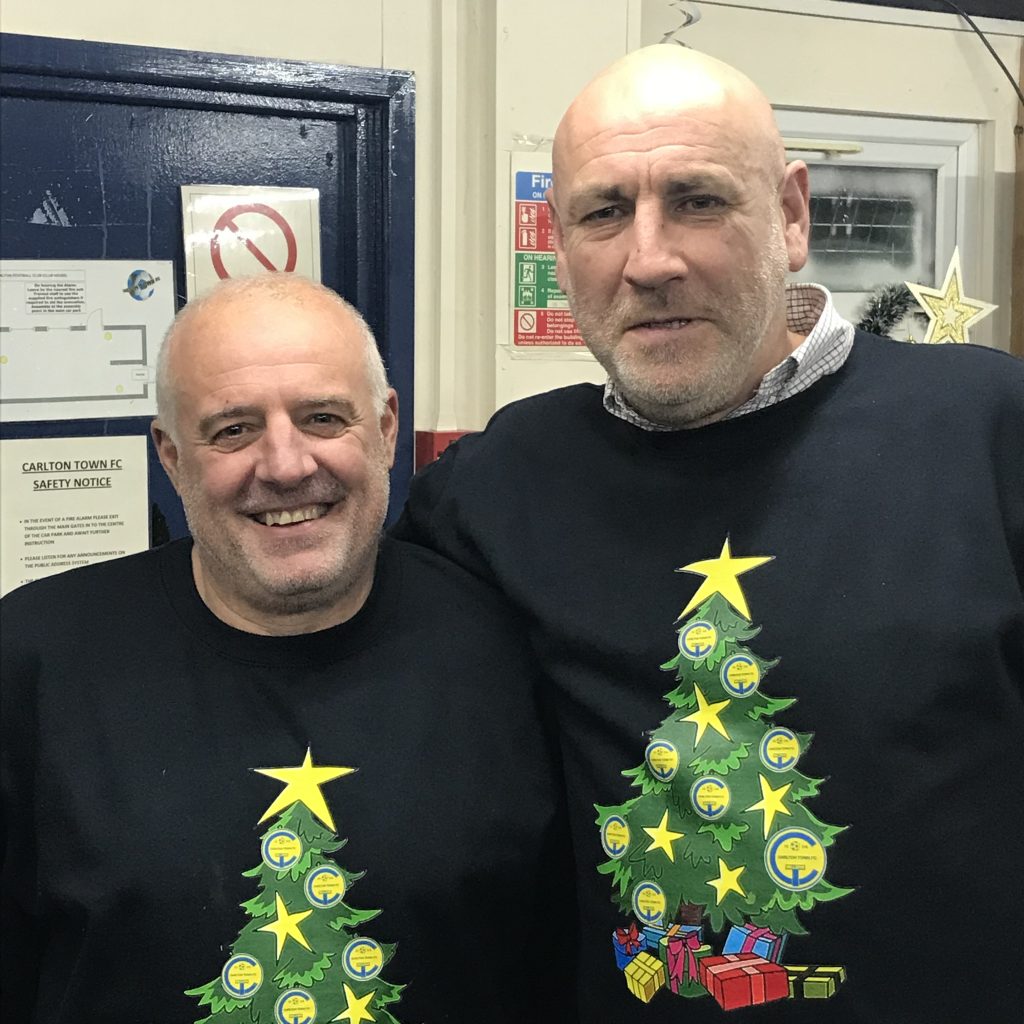