Carlton Town’s focus must move on swiftly after their Fa Cup clash with Oadby Town was called off due to a Covid 19 outbreak at the Leicestershire based club, with Carlton progressing into the next round.

Carlton Chairman Mick Garton was at the ground this afternoon meeting Academy manager Alex Trukan and Jamie Huckerby to help ensure correct measures are in place for the return of Academy education at the ground next week and advisor Mick Greenwood will be at the ground tomorrow.

Tommy Brookbanks and Mark Harvey will turn their attention to next Saturday’s first league game v Lincoln United who have themselves had to pull out of the Fa Cup due to a Covid outbreak, but meanwhile Carlton Town legend Daryl Thomas (pictured)  has been one of the key figures at the club working with Chairman Mick Garton on an improved Matchday experience at the ground.

The Millers are working on the assumption that their game v Lincoln next weekend will still go ahead and that is our understanding at the moment, but things are changing quickly in this country at present, so who knows!

If the game goes ahead and the Millers very much hope it does, there will be much indeed to look forward to and 10 of them are listed below, on a full on afternoon at Stoke Lane and the club can confirm the following.

1. Nottingham Forest entertain Cardiff City at 12.30pm and the game is live on Sky Sports and will be shown in the clubhouse on all our screens.

2. The bar will open at 12pm and there will be an happy hour with next week’s special offer being announced on our social media platforms next week.

3. Carlton Town under 14s players and parents will be our very special guests with the youngsters having a penalty shootout at half time.

4. The club’s licensing Solicitors Popplestone Allen have kindly agreed to be the Matchball Sponsors for the first game.

5. New Marketing Director Ben Chambers will be producing his first ever Carlton Town Programme with new columnists and a completely new look with the price remaining at £2.

6. After next weeks game, the Supporters club will hold their monthly 100 club draw hosted by Alan Murphy in the Clubhouse with £100 as usual for the winner and further prizes of £50 and two prizes of £25.

7. Following the Supporters  Club Draw , the Big £10 Third Kit Superdraw will take place hosted by Chairman Mick Garton and will also include other impressive prizes.

8. Tote starts again and the Chairman will be on hand with the dreaded red book to collect payments, if any one would like to change numbers, join the competition or indeed leave the competition, please let him know.

9. After the Carlton Town v Lincoln United game, Manchester United v Crystal Palace will be the big Sky game at 5.30pm and shown in the Clubhouse.

10. Food from Butchers Clive Lancaster is being sourced by President Roger Smith for the Matchday Snackbar in place of supermarket offerings following recommendations from Supporters Representative Greg Last who is hoping to improve Supporters Matchday food offerings and feedback.

Those 10 points the club believes are good ones, but the most important point of all is that Tommy and Mark and the players will be doing their very best to provide entertainment on the pitch and hopefully achieve positive results which will enable the Millers to challenge at the top end of the table. 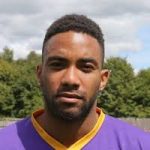