The last Nottingham Forest Captain to lead the team to the playoffs over a decade ago,9 is to captain Charlie McParland’s World Game Changers Charity team against a Carlton Town team on Sunday 22nd May at Stoke Lane 2.30pm.

Paul McKenna led Forest to the playoffs twice under Billy Davies in 2010 and 2011 before they were defeated to Blackpool and Swansea respectively.

It is ironic that in a season when Forest are finally in the playoffs again, that McKenna will be back in the City supporting Carlton’s big Charity event.

Paul has promised Gary ‘Boatsy’ Clarke he will make his first ever appearance on the Stoke Lane pitch and Gary pictured with McKenna at a Speakers event at the ground is delighted to announce he will be captaining the Charity side.

While preparations will now be ramped up for the game following the end to Carlton’s season last week, this website can reveal that last week’s fund raiser for 2 Ukraine charities in conjunction with the Greyfriars has now raised £14,236, an amazing effort from everyone involved including a number of the Carlton Town Commitee and Supporters.

Carlton are also hosting a charity match in conjunction with Men United and Nottingham City Transport next Sunday 15th May at Stoke Lane for Nottingham Hospitals Charity 2pm kick off.

May is a month that Carlton set aside to help the local community wherever they can and everyone hopes for two fantastic events over the coming two weekends. 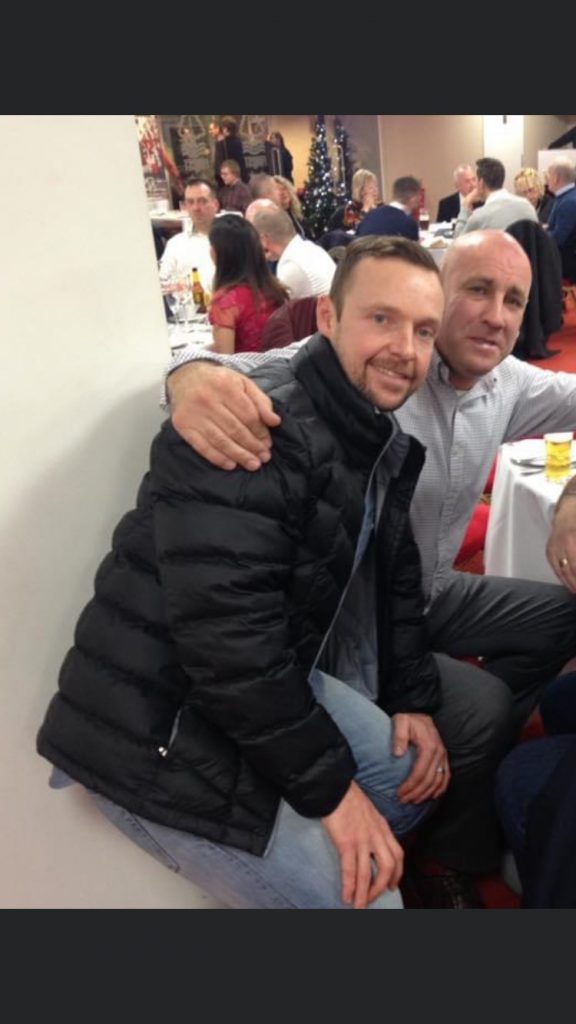