GREAT NEWS FOR NAT AND TWO LADS OUT ON LOAN ANNOUNCE MILLERS!

GREAT NEWS FOR NAT AND TWO LADS OUT ON LOAN ANNOUNCE MILLERS!

In the latest news update from Stoke Lane, coming just 24 hours afte the big Darryl Thomas story, there is more to report regarding the first team.

The club would first of all like to offer massive congratulations to Nat Watson (pictured) and his wife Chelsea after the birth of their beautiful new daughter Poppy.

The club have also announced that two of their young stares have gone out on loan with James Matthews joining Frickley and Louis Czerwak joining Eastwood. Both players have been short of opportunities at Stoke Lane, mainly due to the excellent performance of others, which have seen Carlton lose only 3 league games in the first half of the season and remain in contention for a playoff place.

“Both lads desperately need game time” Joint manager Tommy Brookbanks told us earlier and we understand that the period is initially for one month.

Carlton travel to Coleshill this coming Saturday for a 6th v 7th clash which is in effect a 6 pointer.

The club are hoping that anyone not affected by Covid can come along and support the Millers in one of their biggest games of the season! 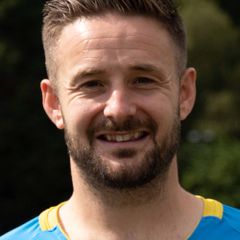