Carlton Town are looking for sponsors for guest ales set to make their debuts at Stoke Lane for a big double header on the 29th October and the 30th October.

Carlton are teaming up with a brewery outside Nottingham to give supporters the chance to try some real ale they may not have experienced before and it’s an award winning brewery at that.

Charnwood Brewery of Loughborough will be the guest brewery supplying the Millers with 5 cracking Pins for a very special weekend at Stoke Lane.

All the usual favourites will be on sale including Castle Rocks Harvest Pale and Elsie mo and our fast selling Sam Miguel, still at only £3.60 a pint.

The five guest pins will be available at the Firework Extravaganza on the evening of Friday 29th October and remaining ale not sold on the Friday night, at the Fa Trophy clash on the 30th against Kidsgrove after the Millers received a home draw in the next round after heroics from Jack Steggles on Saturday and a possible goal of the season from Niall Davie.

The guest ales are as follows.

Three Sponsors have already committed to sponsoring a guest Ale with Boatsy doing Old School, Greenwood Cooling sponsoring Blue Fox and Graham Barker sponsoring Vixen leaving just Hubble Bubble and Salvation to be sponsored, the cost is £60 including vat and includes a family ticket to the Firework Extravaganza and admission for 2 people to the Fa Trophy game.

No sooner had the home tie been announced and Mark Steggles was on the phone saying he had got us a Match Sponsor for the game and it’s a big thankyou to Dave Perrin of Times Furnishings.

Ron Clarke is taking up the mascot package for this game leaving only Matchball Sponsorship at just £60 including Vat which includes admission for 3 people, half time hospitality and the chance to pick their own Carlton man of the match and present the prize, as well as the excellent photos provided by either Lou or Steve.

To sponsor the Matchball or either of the two remaining guest ales, contact Boatsy on 07907 064189 or indeed to sponsor anything for any upcoming game, Boatsy is the man to ring.

In other news updates, the club can comfirm they will be running a coach to Sowham Fc on Saturday 23rd October with supporters invited to come on board at £10 each with timings to follow.

The highlights for the game with Coleshill are unable to be published due to rain damage to the filming equipment caused by the monsoon that engulfed Stoke Lane, although the subsequent interview with Man of the match Dan Brown and Saturday’s interview with new press officer John Bryson are scheduled to go on Carlton Town Tv shortly. 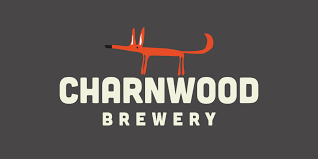