HE MAY HAVE BEEN A BENT COPPER BUT DCI IAN BUCKELLS DOES CARLTON PROUD!

HE MAY HAVE BEEN A BENT COPPER BUT DCI IAN BUCKELLS DOES CARLTON PROUD!

At the Carlton Town Christmas Luncheon, a special guest was in the building, actor Nigel Boyle who has appeared in Coronation Steet, Emmerdale and more recently on the most popular show on Television ” Line of Duty” as corrupt Police Detective Chief Inspector Ian Buckells finally uncovered as the notorious H.

Carlton were coming to a close in their highly successful auction when Nigel stepped forward and offered to raise some money for the club by way of auctioning off an private audience with himself where he would treat the winner and a guest to a meal at a restaurant of their choice and talk all things Line of duty etc.

The bidding went up to an outstanding £500 and the winner was Graham Lewis and his boy Owen, a massive fan of Line of Duty and Nigel and his wife Lainy met up with Graham and his wife and son Owen at the Nottingham City Centre Restaurant Cosmos.

Nigel told us, “They were a lovely family and Owen is a cracking lad, I was worried he thought he was meeting someone off “Call of Duty” which would have been a bit awkward, but no it was brilliant to meet him and his family and I was delighted to be able to help the club”

Graham has told us Owen really enjoyed it and is pictured with Nigel at the Restaurant.

Nigel and Lainy who is an Arsenal fan then joined Chairman Mick Garton and Carlton’s Strategic Development Officer Dave Hodgson and their families and Carlton supporter Dave Perrin at the City Ground to witness Forest beat Arsenal 1-0 in the Fa Cup.

Chairman Mick Garton spoke to us this morning and told us “What a fantastic gesture from Nigel and a massive thankyou to Graham and his family for their support for this brilliant initiative, hopefully we will get Nigel to attend a game before the end of the season, he is a massive football fan, a brilliant actor who I don’t believe for one minute is a “Bent Copper” and a top bloke and it was a pleasure to meet his lovely wife Lainy as well” 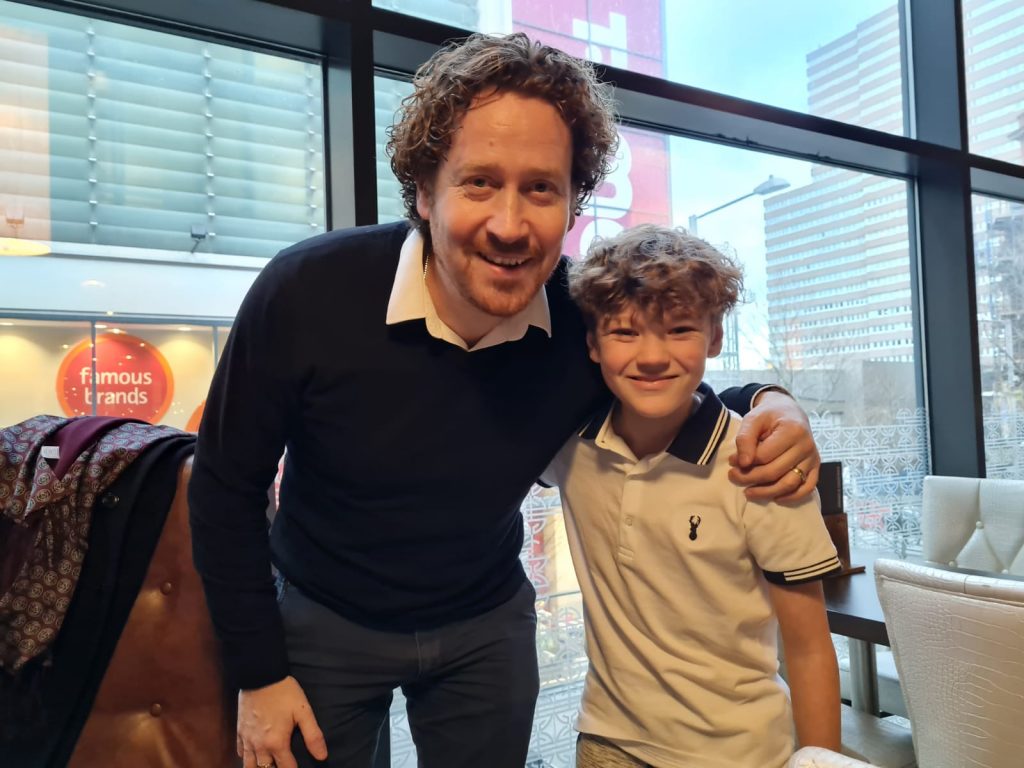