MILLERS TO SUPPORT DANNYS DAY AT DUNKIRK ON SUNDAY !

MILLERS TO SUPPORT DANNYS DAY AT DUNKIRK ON SUNDAY !

The former popular Millers Captain who played under current Joint Manager Tommy Brookbanks in Tommy’s first spell in management with the club was diagnosed with Kidney Cancer at the back end of last year at only 46 years of age and his former team mates from club’s he represented are getting together to play in  the tournament.

Tommy Brookbanks and Chairman Mick Garton are both donating memorabilia to the raffle/ auction on behalf of the club and hoping for a good turnout for a great lad who is fondly thought of at Stoke Lane.

The event starts at 10.30am at Dunkirk Fc, with the bar and food bar both open throughout and Children’s activities on to for what should be a cracking day in support of Danny ! 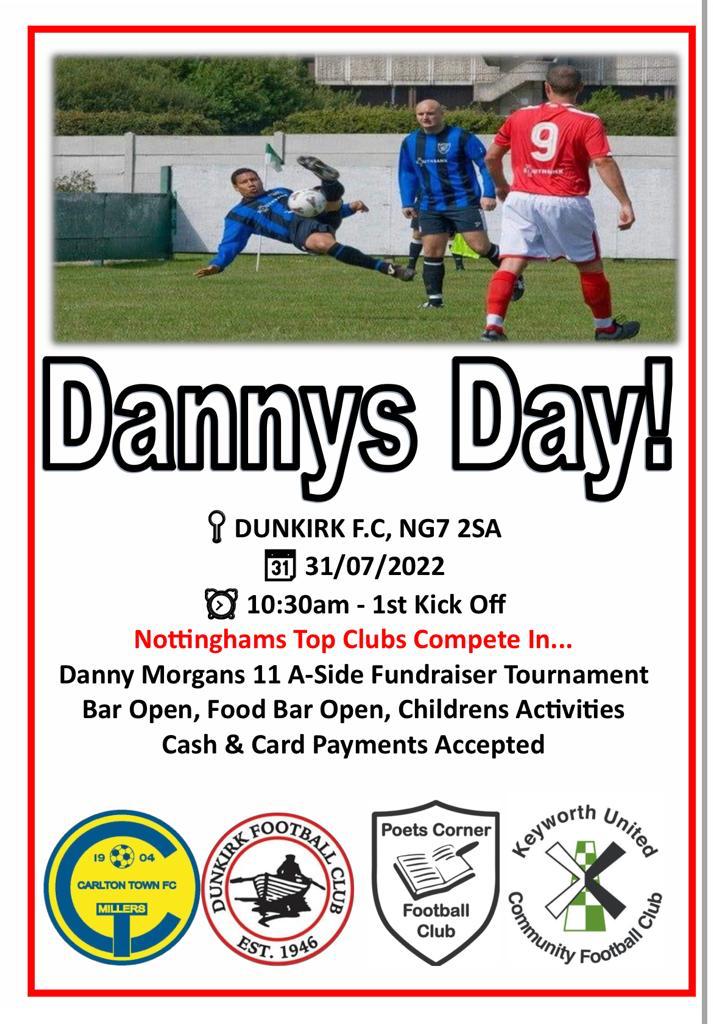