MSR NEWSGROUP TO SPONSOR HUCKNALL FRIENDLY AND GET BEHIND NEW REGIME!

MSR NEWSGROUP TO SPONSOR HUCKNALL FRIENDLY AND GET BEHIND NEW REGIME!

Carlton Town’s long term biggest sponsor Msr Newsgroup will continue to support the club during the 2019/2020 season and will start by sponsoring the first Saturday friendly on the 13th July when Hucknall Town are the visitors to Stoke Lane.
Msr are inviting guests and the clubs under 16s to the game as they get behind the new era under Tommy Brookbanks and Mark Harvey.
Carlton are hoping to hit the ground running with two high profile friendlies in that big week in July.
On Tuesday 9th July, a Notts County X1 will take on the Millers with the game sponsored by Air It and with Msr Newsgroup Sponsoring the Hucknall clash, it means that Carlton have got Match Sponsors for their two opening pre season friendlies.
The Race night follows straight after the Hucknall clash and today two more race sponsors have emerged with A@r Signs and Greenwood Cooling coming forward which means Carlton now have 8 of the 10 races sponsored.
Carlton are hoping 2 more sponsors come forward to make it a full house, but have certainly been boosted by the news that Msr Newsgroup are well and truly on board to back the new regime.
This website understands that intense work is sill ongoing behind the scenes with the club hoping to appoint a new Vice Chairman, a Vice President and is also in extensive talks with a couple of local Charities to hold major events at the ground as part of their treasured role in the community.
It is a role Carlton take extremely seriously and Brookbanks in his previous time at Carlton was always keen to get behind local initiatives and now he his older and wiser, it is something that he has told us, is close to his heart after experiencing many of life’s challenges, both inside football and outside the game.
Carlton are looking forward to playing football easy on the eye during the forthcoming season, they are determined to place young players wherever possible, at the forefront or their plans and they are committed to making their contribution to the local community.
It’s not a bad set of values ahead of a new football season and hopefully a set that will encourage people both old and new to come to Stoke Lane in the coming weeks and months to join the rollercoaster that Brookbanks and Harvey will undoubtably be, unless anyone else knows better ? 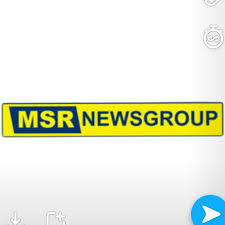