Carlton Town are delighted to announce that Jack Steggles has signed a new contract with the club and in an exclusive interview with this website, he told us what he is doing during the lockdown and talked about his enjoyment playing for Tommy and Mark.

” I was happy that I was asked to sign a new contract again for next season” Steggles told us.

When asked if it was a difficult decision, Steggles was unequivocal with his answer “Not at all, when Tommy asked me to sign, there was only going to be one answer, because the way he and the team performed last season was amazing and we all want the same feeling again”

Steggles like everyone at the club was devastated when the season came to an end on the back of two 4-0 home wins before the lockdown.

“We were all/are gutted that the season ended how it did when we were flying, with the run we had got ourselves on with two 4-0 wins on the bounce before the league stopped”

“The important thing now is to take that form into next season whenever that will be” continued Steggles.

Steggles had seen the team fight relegation in previous years since his promotion from the club’s Academy side, so it was a big change for him to be challenging at the top end of the table and he emphasised the importance of positivity, which he believes comes across emphatically from the new management team.

“The biggest difference for me from last season is what the managers (Tommy and Mark) installed into us. When we go out onto the pitch, we knew if we made a mistake, they would not moan at us unlike in previous seasons, but if we did make those mistakes, we would have to get the ball back”

Jack is a teacher so is still going to work a couple of days a week to look after the children of key workers and admits his biggest challenge at the moment is social distancing young children.

“I am trying to keep myself upbeat about the situation and most of all trying to keep fit. I have been going on bike rides and doing runs and core workouts”

“My diet has been very up and down, some weeks I am good and some weeks i have had bad weeks. During the fitness aspect, I am still going into work every Monday and Wednesday as I teach in a school, we have to look after the children if there parents/carers are key workers.”

“Each morning we do some sort of health and fitness , wether that is Jo Wicks, yoga or some child friendly fitness sessions , so that’s keeping me going too”

So what about the future for Jack

“Well, we have absolutely no idea how long this will go on for, but I can’t wait for pre season to start again as we can get our team back together and get ready for the new season whenever that will be”

Tommy, Mark and the Carlton Town faithful will be hoping the talented young goalkeeper and former 2017/2018 supporters player of the year continues to progress, he is certainly one of the most popular players among supporters, always engaging and a credit to the club, ably assisted by a wonderful family and Jack is pictured with his mum at a recent club function at Southwell Racecourse.

This website is delighted to bring some more positive news in these dark times, keep safe everyone! 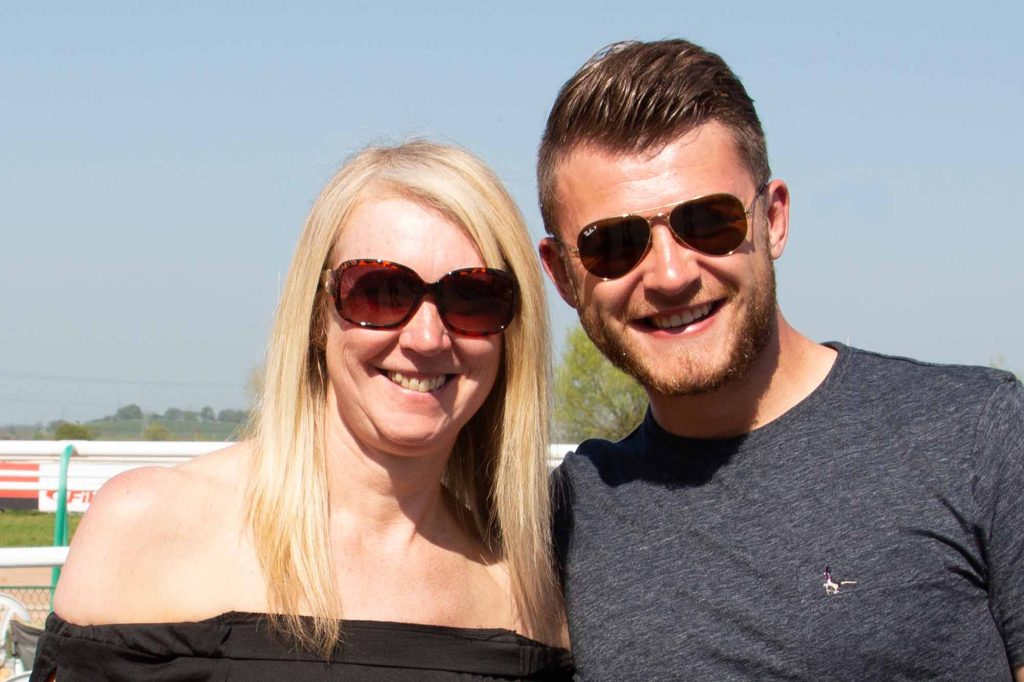