NEW SIGNING, AN HOUR ON RADIO NOTTINGHAM AS MILLERS GEAR UP FOR FA TROPHY CLASH!

NEW SIGNING, AN HOUR ON RADIO NOTTINGHAM AS MILLERS GEAR UP FOR FA TROPHY CLASH!

Carlton Town have today announced the signing of Alex Howes on loan from Basford United, the talented midfielder gives the Millers another option going into another key period of the season with more midweek games on the horizon.

The signing comes 24 hours after the excellent coverage given to them by Radio Nottingham  on Wednesday evening when Chairman Mick Garton, Joint manager Tommy Brookbanks and midfielder J Rod , sorry Jarred Holmes were the guests on “In the game” hosted by the brilliant Arun Verma.

Carlton were given coverage for the full hour from 6pm to 7pm for the first time in their history and Mick, Tommy and in particular Jarred who burst into song were in fine form and have all received excellent feedback from the event.

John McGovern is the club’s very special guest on Saturday and supporters can jump on the link below which shows his amazing Nottingham Forest story.

Jack Steggles features on Saturday’s programme cover and rightly got a mention on the Radio Nottingham show, but there is no doubt, Jarred Holmes has been the highlight of the week. 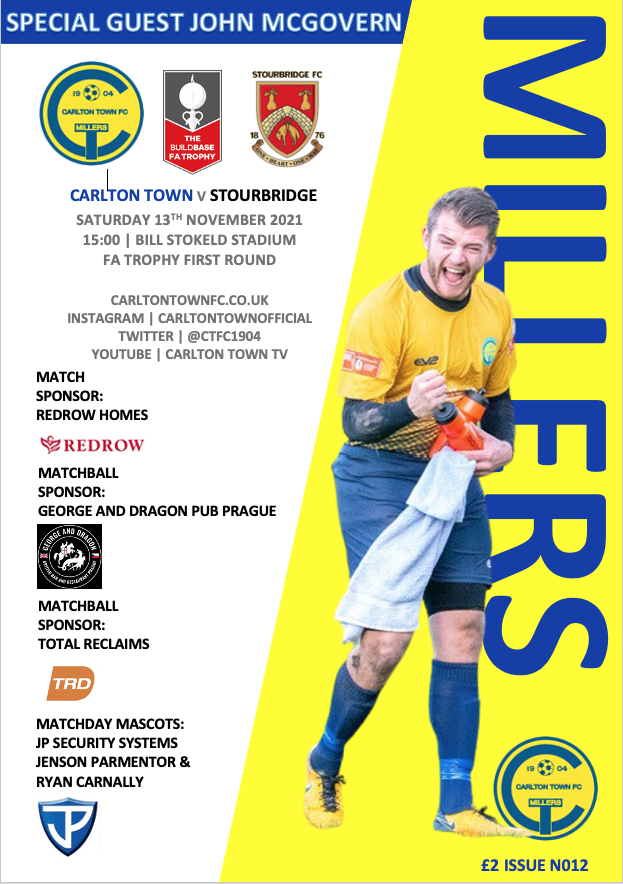