Carlton Town having been in discussions with their counterparts at Stourbridge over the last 48 hours in relation to a racist Instagram post aimed at Stourbridge striker Montel Gibson after Saturday’s game.

Both club’s have primarily agreed not to comment further at this stage, as the matter is being investigated by West Midlands police and a further update will be provided when we have one.

Chairman Mick Garton told us, “Myself and the Commitee fully support the statement put out by our supporters club on Sunday evening and I have updated Seb from the supporters club this evening on developments. From conversations Myself and Trevor Wells have had within the club and with Stourbridge, we will be staggered if it has come from anybody within this club or any of our supporters, it is simply something that as far as we are aware has never happened before, but we have to keep an open mind and will wait for the police investigation to run it’s course and if there is something to deal with, rest assured we will deal with it”

The club would like to say a massive congratulations to Daryll Thomas who has today become a father to new baby daughter Jasmine Sophia Thomas. 😀❤️

Carlton have comfirmed that they are running a coach to Saturday’s top five clash with Chasetown and there is already massive interest in the game with a number of supporters already booking seats. There are a few seats still available however at £10 each and two pick up points. The Coach will leave Stoke Lane at 11.30am on Saturday morning before stopping outside Roko on Wilford Lane West Bridgford at 11.45am approximately. Ring our Commercial and Marketing Manager Boatsy to book a seat on 07907 064189.

Vice Chairman Barry North is hosting a night with talented singer Sarah James at the ground this coming Friday 19th November, entry is only £4 for the evening which will feature music from the 60’s 70’s and 80’s and starts at 7pm.

We have received a lovely e mail from the Netherfield and Colwick Food Bank thanking the club and our supporters for collecting 209kg at the Firework Extravaganza and Kidsgrove game, our picture shows Councillor Nicki Brookes with Chairman Mick Garton in front of the donations. 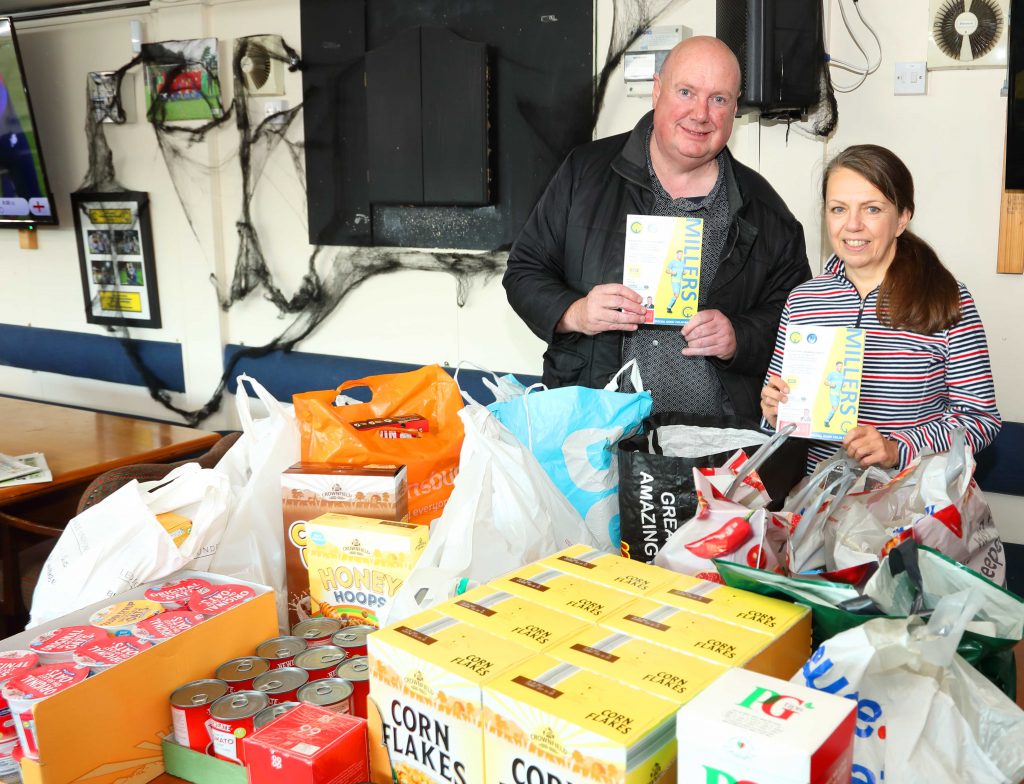