NIALL DAVIE DECEMBER PLAYER OF THE MONTH AND ANOTHER NEWS UPDATE FROM STOKE LANE !

NIALL DAVIE DECEMBER PLAYER OF THE MONTH AND ANOTHER NEWS UPDATE FROM STOKE LANE !

Niall Davie was not only rewarded with a new contract for his excellent recent form, but has now won the December Carlton Town player of the month award.

Niall was presented with his Bowland Brewery Beer, who kindly sponsor the monthly awards for the Bet Victor Northern Premier League by Club President Roger Smith.

Carlton are still awaiting on news of arrangements for their County Cup clash with Bingham Town. Bingham do not have floodlights, so Carlton expected the game would take place on a Saturday, but the Northern Premier League have told Carlton that will not be an option, given the club are already behind with fixtures, the club therefore awaits Fa Instructions.

The Tote competition has rolled over again and the prize is now £1,060 approximately and participants will be able to have extra goes through Mick or Barry on Saturday as Carlton take on Chasetown at Stoke Lane 3pm.

The club would also like to welcome New Academy Pyscio Jamie Hodgson to the club and the club would like to thank Nick at Nottingham University for helping the club with this appointment.

Finally the club would like to thank Edenhurst Care Home for their Match Ball Sponsorship this coming Saturday. 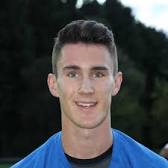