ON THIS DAY IN 2017 AT MEADOW LANE AND CHAIRMAN ON NON LEAGUE SHOW!

ON THIS DAY IN 2017 AT MEADOW LANE AND CHAIRMAN ON NON LEAGUE SHOW!

Some of Lou Lardi’s most famous photographs were taken on 2nd May 2017 at Meadow Lane when Carlton Town as underdogs beat Basford United 4-1 in the Nottinghamshire Senior Cup Final.

It was Carlton’s 3rd win in 5 years in the competition and undoubtedly Wayne Scott’s finest hour as manager of Carlton Town.

Carlton had their first ever win in the competition in 2013 when they deafeated Sutton under Les Mcjannet and Mark Clarke with club legend Grant Brindley having to go in goal, after losing heavily to Eastwood in 2011.

Carlton retained the trophy in 2014 beating Rainworth at Hucknall Town under Les Mcjannet and Iain McCulloch, but their win over Basford in 2017 was undoubtedly a very special one indeed and one of the finest nights in the club’s history.

Arron Hooton’s man of the match performance sticks in the memory and in particular Danny Elliot’s superb turn and finish.

Basford took their revenge on Wayne and Carlton beating us in the final at Field Mill in 2019 and this season saw us reach the semi final before the lockdown kicked in.

The sad thing regarding this season is we will never know what this team could have achieved this time round, it could have been the greatest season in the club’s history and it was a theme our Chairman Mick Garton struck when he spoke to the Non League show this weekend.

Unfinished business is the phrase of the moment and in Carlton’s case, it really is more relevant that at most clubs given Carlton’s fantastic season.

Listen out for the non league show and we will tweet the link out and look back at a wonderful night in Millers history and enjoy Lou’s photographs, both the highlights and photographs are being shared via our twitter feed. 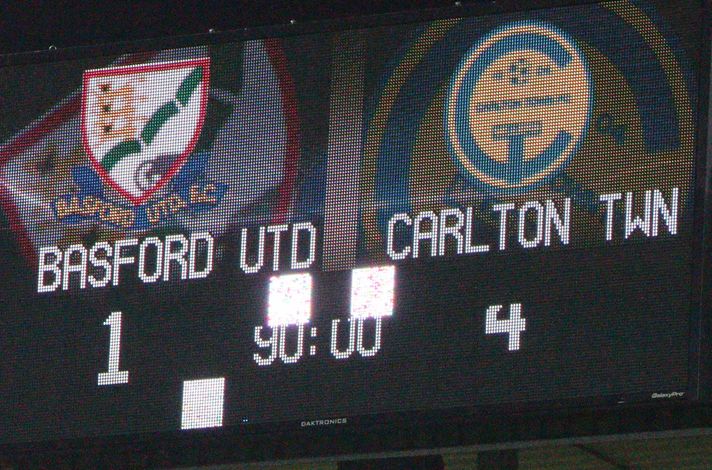