PARKS AND DAVIE GIVE DOUBLE BOOST TO THE MILLERS !

PARKS AND DAVIE GIVE DOUBLE BOOST TO THE MILLERS !

Carlton Town received a double boost this weekend with a quick fire hatrick from new signing Louis Parks helping give the Millers a 6-1 win over Selston Fc and the news that Niall Davey will back in training next week.

A decent crowd of 101 attended the Bill Stokeld Stadium for Carlton’s second home friendly on a pleasant afternoon at Stoke Lane and it was Selston who impressed early doors and Sean Gregory gave the visitors the lead with an exquisite finish into the top corner.

Carlton rallied after the early setback and Niall Hilton held off a defender before bringing the Milers level, Martin Ball then hooked home a loose ball before new Striker Brad Wells added a third.

In the second half, Carlton knocked the ball around nicely without initially killing the game off, before Louis Parks stepped up to the plate with a hatrick in the last 5 minutes including a well taken penalty.

Selston who were missing one or two key players clearly ran out of steam towards the end, but that should take nothing away from Louis ( pictured) who got himself into excellent positions in the box.

The news that Niall Davey is set to resume training after his injury will come as great news to the Carlton faithful, such is the popularity of the left sided midfielder.

Arron O’ Connor sadly remains on the sidelines for the moment with a knee injury, but Joint Manager Tommy Brookbanks left the Bill Stokeld a happy man after also winning the £150 prize money in the 150 Club draw following the 6-1 friendly win.

A big week is on the horizon for the Millers with a friendly at home to Dunkirk on Wednesday 7.45pm , admission is £5 for all adults and £1 for under 16s.

Next Saturday sees a very special guest at Stoke Lane with Dean Windass the guest speaker 7pm, this crucial pre season fund raiser has been organised by Tommy Brookbanks in an effort to boost club funds ahead of the new season with Carlton facing enormous increases in their travel costs next season, a thankyou to those who committed to tickets at the Selston game and hopefully a few more will in the coming days, the cost of a ticket is just £30 and includes Hog Roast and fries.

Commercial and Marketing Manager Boatsy can be contacted on 07907 064189 or via social media for anyone who can support the event and hopefully come along to what should be a cracking evening. 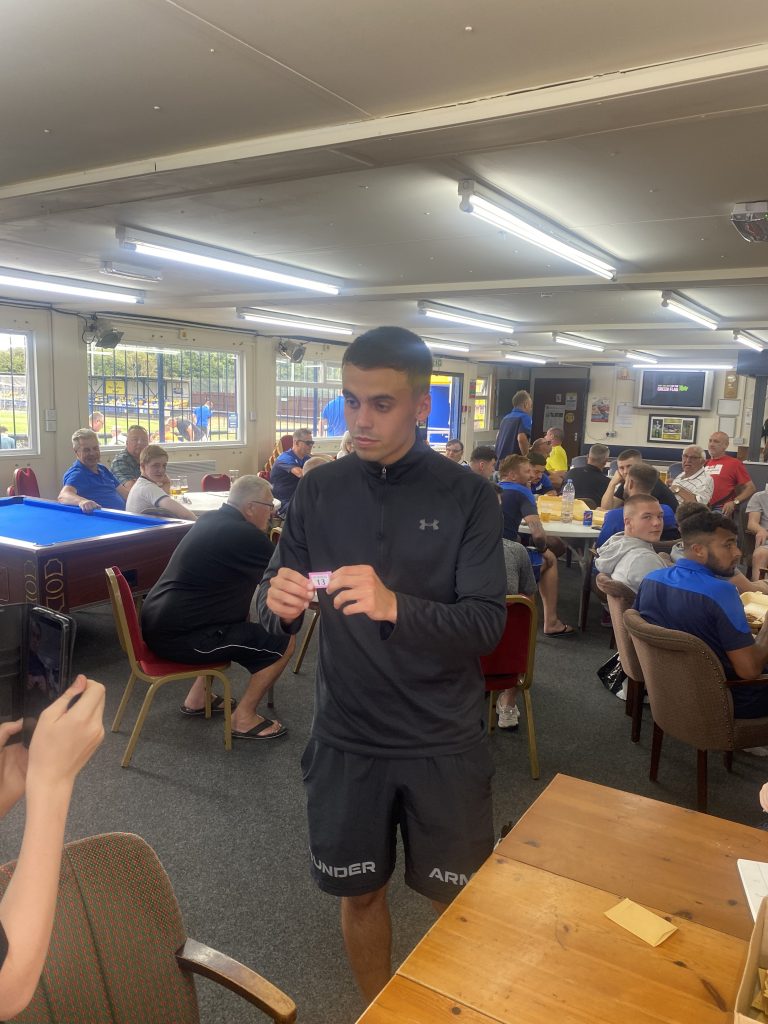