In a radical revue of Admission prices to the Bill Stadium stadium after consultation with players, management and supporters, the club are delighted to announce the following.

Season ticket prices for Adults for the forthcoming season will be £130 but reduced to only £100 in an Early Bird offer from 1st August to the 30th August, this offer is in view of games missed at the end of last season, the effort of supporters in volunteering around the ground and in respect of what they have done for the club in launching the crucial 100 club.

There will also be a new rate for this season for NHS workers who have put their lives on the line this year treating Covid 19 victims and for students who the club are making a special effort to attract to the Bill Stokeld Stadium with a season ticket available at just £90 or £75 on the early bird offer.

Matchday admission prices will remain at £9 Adults, £7 Concessions with a new rate this season of £5 for Nhs workers and students and those aged between 16, but under 18 and with the under 16s price cut to only £2.

Chairman Mick Garton told us ” The new prices come in following extensive consultation with the players in particular who are keen to have more youngsters in the ground and as always with the supporters club, there was also a desire to do our bit for any NHS workers wishing to attend”

“We are still clarifying who can attend friendlies, but it looks likely to be only staff and Commitee members until September, we will clarify in the coming days ahead of Saturday’s friendly with Buxton” concluded the Millers Chairman.

Season tickets can be purchased by telephone on 0115 9581735 or by e mailing the club at info@carltontownfc.co.uk 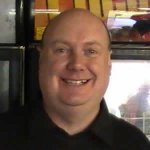