Considering the huge cloud hovering over Notts County, Carlton Town were delighted that 262 turned up at the Bill Stokeld stadium for this midweek clash.
The winning goal for the Millers was scored by Kyle Stovell who hit a stunning volley after the ball fell nicely for him in the penalty area early in the game.
Stovell was only denied a hatrick due to some excellent saves from the young County keeper.
Notts did send out a very young side but their supporters did turn out in decent numbers considering the circumstances and the club are grateful to Neil Ardley and is assistant Neil Cox who watched the game from the terraces.
There were also a decent number of supporters who were in attendance to welcome Tommy Brookbanks and Mark Harvey, not to mention returning players.
Tom Maddison was given the Captains arm bad and didn’t disappoint with an assured performance in front of the back four Marshalled by Martin Ball.
In fairness, it was a positive performance throughout with the players adapting to the new managements style of play and Brookbanks and Harvey have some tough decisions ahead as they bring their squad down in numbers ahead of the new season.
They will have the next opportunity to assess the squad on Saturday when Hucknall Town are the visitors, followed by a race event.
The club would also like to thank Paul Judge and his team from Air It who sponsored the game.
Watch out for Gaz Bee making his interviewing debut for Carlton Town Tv in his own unique style when he spoke to man of the match Kyle Stovell, on a different settee.
Coming soon ! 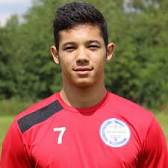