Carlton Town legend Martin Ball who has struggled all season with a knee injury today went under the knife after a consultation revealed ligament damage that would end his career without an operation.

We are delighted to report that the early indications are that the operation on his knee looks to have gone well, with the doctors finding only damage to the ACL and not the MCL which is good news for the Millers legend, who came through the club’s youth system under Ian Spencer some 17 years ago and has spent a large part of his career at Stoke Lane in various spells.

The former Club Captain was outstanding in 2019/2020 and instrumental in helping the Millers into a comfortable play off position before the pandemic finished the season.

He took on a wider role this season in helping build bridges with the club’s junior section and was part of a think tank that brought new iniatives to the club including Nhs and Students discounts, the reinstatement of Sky Tv at the ground and the very popular Happy hour.

If all goes to plan with his rehabilitation, Brookbanks is hoping he will back in contention for a place  in the early part of next season. 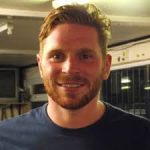