SURPRISE LINK UP WITH DUMPHY FOR BIG CHRISTMAS DRAW!

SURPRISE LINK UP WITH DUMPHY FOR BIG CHRISTMAS DRAW!

Carlton secured a Zoom link with legendary Dublin reporter Eamon Dumhy so he could host the Carlton Town Christmas draw on New Tears Eve with Mark Steggles drawing the tickets at the ground and Chairman Mick Garton who was appointed the official judicator watching from the right of Steggles off camera.

Steggles and Garton who work together were both thrilled to link up with the popular Dumphy who initially forgot what country he was in, easy done I suppose when you are a global reporter!

With Covid restrictions in place, supporters were not able to attend the draw, but this website has released footage of the draw to the Supporters Club What’s App group and we understand this is being released in sections on Twitter.

Eamon and Mark Steggles were on good form with few Saterlite delays and were delighted to announce the following winners.

Prizes are all at the Clubhouse and the club raised a fantastic £1,160 after a wonderful late rally both on line and over the phone.

What a wonderful effort from a wonderful club, enjoy the upbeat footage in what has been one of the most miserable years on record ! 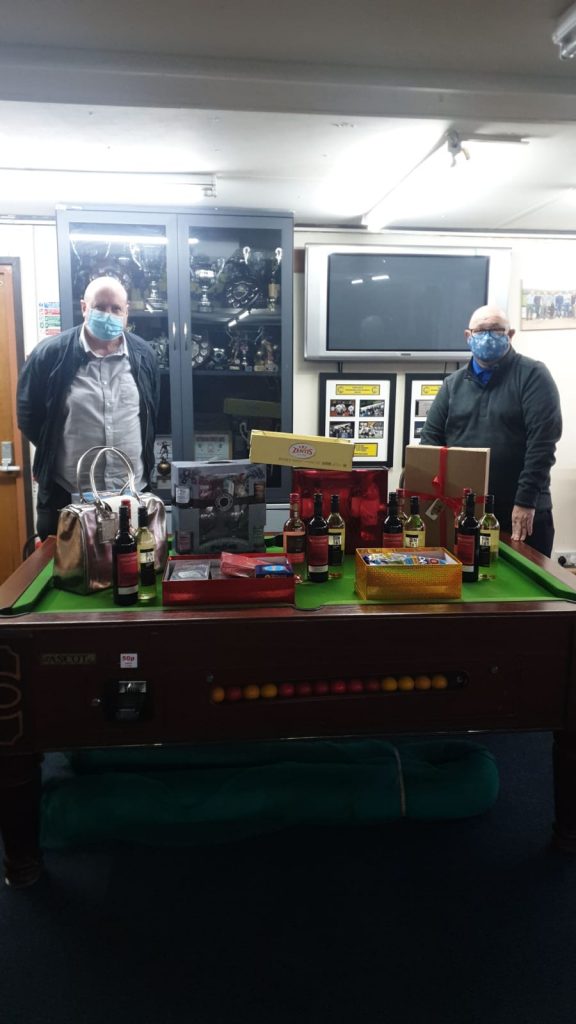