THE FAVOUR THAT HAS HELPED CARLTON TOWN RAISE VITAL FUNDS AND NOW 20K COMFIRMED BY THAT MAN DAVE!

THE FAVOUR THAT HAS HELPED CARLTON TOWN RAISE VITAL FUNDS AND NOW 20K COMFIRMED BY THAT MAN DAVE!

A few years ago, Chairman Mick Garton took a phone call from a lad called Josh Hodgson who wanted to hold a community fund raiser on behalf of the company he was working for at the time Sainsbury’s !

He was ringing round local football clubs and wanted someone to host the game and Garton was the one Chairman who agreed to meet him, they met hit it off and Garton even dropped him off in town when he realised, Hodgson had took a taxi to the meeting.

The charity game went ahead and good money was raised for Sainsbury’s good cause, but the story did not end there.

Josh’s dad Dave, a former Chief Executive Officer now retired ( pictured with Sir Cliff)  had been grateful for the support given to his sons Charity efforts and had supported a couple of speakers events at the club taking full tables and loving the occasions.

The realationship prospered and Dave became more involved with the club and the rest is history with Dave taking on the mantle of Stategic Development Officer with the soul aim of getting some financial help for the Football Club.

Mick and the committee had seen other clubs fold, get reinvented with huge funding and seen clubs that already had good money get more, but Carlton were a club somewhere in the middle.

A club not rich, but not bankrupt either because it has been pretty well run and had won trophies under all 3 managers, a club that has only had 3 managers in pretty much 3 decades.

At the Presentation recently, Dave announced that following many meetings with Gedling Borough Council, himself and Mick, he finally had some good news and the club was at last getting some vital support to improve their infrastructure and help prepare the ground for a possible promotion.

A chance good favour from the club helped bring Dave Hodgson on board and the grants he is helping the club access now is a game changer. The club still needs to raise money urgently for its Day to Day running costs, particularly on the back of all this summer’s cancelled events, but the infrastructure of the club can now be improved thanks in particular to support from Gedling Borough Council but also thanks to a man called Dave who as put out the following statement.

“I am pleased to announce that Carlton Town Football Club has been awarded a grant of £20,000 from Gedling Borough Council.

Carlton Town has always been proud of the part it plays in the local community not only through the pleasure it provides with the high quality of football now being played at a senior level but also through its Academy football team providing an educational programme for college students, its numerous junior football teams and the number of local charities it supports. Carlton have always been eager to offer reduced rates for the use of the pitches and football ground to fundraisers at the end of the season and making its own financial contribution to these charities.

The Chairman and I have been in discussions with John Clarke, the leader of Gedling Borough Council, Michael Payne, the deputy leader and Councillor Gary Gregory for some time. The Council are very aware of the role the football club plays in the community and fully understand the difficulties of operating a football club at this level. They are equally mindful of the impact on the community if Carlton Town F. C. was to cease to exist.

In view of this the Council have agreed to assist us, through the grant, to invest in our infrastructure to ensure the long-term viability of the club. We have agreed that the grant will only be used for infrastructure improvements and to ensure the ground is compliant with Premier League standards. It is the knowledge that we have been awarded this grant which has allowed us to give the go ahead for a number of projects already including, 3G pitch improvements and the creation of a new grass 5 a side pitch which will both maintain and improve revenue streams. We have completed some remedial works to the car park with more planned and money as been provided for improvement to the main pitch which was urgent and essential.

We have always been well supported by our local council and the generous support from John, Michael and Gary along with Nicki Brooks and Paul Wilkinson. This grant is testament to the faith they have in us as a club and the support they are giving to ensure our ongoing existence and ability to compete at the highest level.

Our football club has truly demonstrated its character and grit over what has been one of the most challenging times in history. The fact that Tommy and Mark have successfully retained virtually all of last year’s squad who are determined to achieve the promotion they all firmly believe they deserve. The way our supporters, too many to mention, have rallied and completed a wide range of remedial works to maintain and improve our football ground and clubhouse led by Alan Murphy who also implemented our new 100 Club to assist with the financial stability of the club. The financial contribution and aid of all on the Executive Committee to ensure we focus on the appropriate areas of activity.

We look forward to the new season with great optimism. 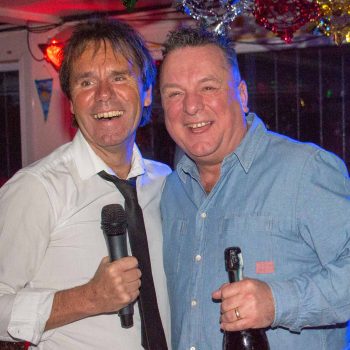