Carlton held off the pitch inspection for as long as reasonably possible on Saturday morning in the hope of an improvement in conditions, but those who attended the Sir Cliff Richard evening on the Friday including representatives from friends at Loughborough Dynamo knew the chances of the game going ahead were slim.

On a positive note, there have been two good party nights, the “Sir Cliff as if” night started things off on Friday, when he turned on the club’s Christmas lights and produced an outstanding night of comedy, classics and Christmas in what proved to be a truly intimate evening and another successful one and he was so honoured to turn on Jamie’s wonderful lights or so he told us !😀😜

The evening’s raffle proved to be a romp for the highly represented Steggles family winning two outstanding hospitality prizes provided by the Chairman who joined Vice Chairman Barry North at the event along with their respective partners and a few friends.

The extremely popular Andrea Steggles who won hospitality at Nottingham Forest is pictured with Sir Cliff.

A big thankyou to Colleen who raised £160 on the raffle and it was great to see Lou Lardi back in Photography action following his knee operation.

Fast forward 24 hours and it was time for the teams players, management and some supporters to hit Nottingham City Centre after meeting on Mapperley top for a Christmas night out.

Social media posts and feedback from the supporters club indicates all had a cracking night indeed, but they are all hoping for a dry week weather wise so the big clash with Leek Town can go ahead next Saturday which follows the Christmas Luncheon on Friday 6th December with Paul Hart.

Finally we can report that their was no winner of Tote and the jackpot has rolled over again and will top £800 next Saturday. 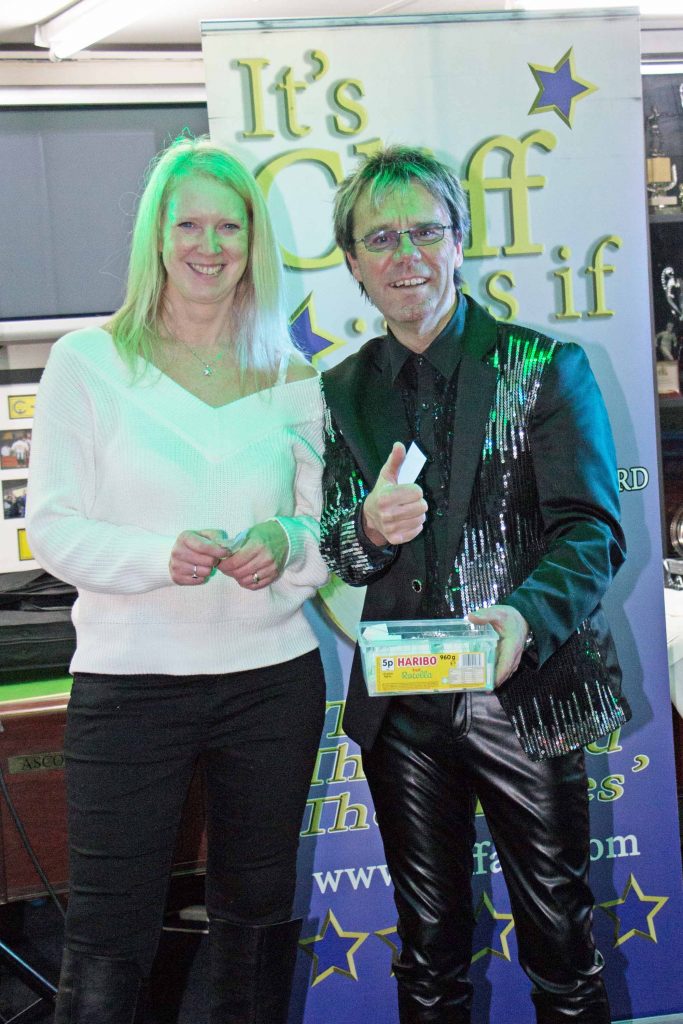