Windass stars at Stoke Lane is not a headline that the Carlton faithful thought they would ever read. Certainly not on the pitch anyway, but off he did appear and he was extremely entertaining for a special Carlton Town fundraiser, speciall organised to help the Millers with some of their extra costs next season.

There was fundamentally a younger audience in the building for this special Saturday night event including four of the Carlton Town first team pictured with Dean.

There was a good turnout from the Carlton Town committee with both the Chairman and vice Chairman in the house along with Vice President Jackie North , supporters Chief Alan Murphy along with Dave, Greg , Stegs, Phil, Boatsy and both Mad Gav and Mad Graham who are now both very much part of the set up at Stoke Lane.

It was also great to see club legends Steve Garrett and Mark Dickinson back in the Howard Mitchell Sportsbar.

A big Thankyou also to committee man Tim Bee who worked his socks off all night for the club along with the Clubhouse bar team.

Windass told stories from his playing Career and from his time on Soccer Saturday and also touched on his mental health issues, it was spellbinding stuff from the former brillant striker coming after Hog Roast and Fries and some important fund raising.

Mark Steggles won the first prize of Nottingham Forest v Tottenham Hotspur hospitality and a another regular at these events Sheldon won the Ultimate Heads and Tails to claim the £100 prize pot.

The next major fund raising events at the club include the annual Golf Day at Oakmere Park on Friday 23rd September, the Firework Extravaganza on Friday 28th October and the legendary Christmas Luncheon on Friday 25th November with this years special guest, former Nottingham Forest goalkeeper Mark Crossley.

Further details regarding all the above events will be revealed on this website in the coming days and weeks. 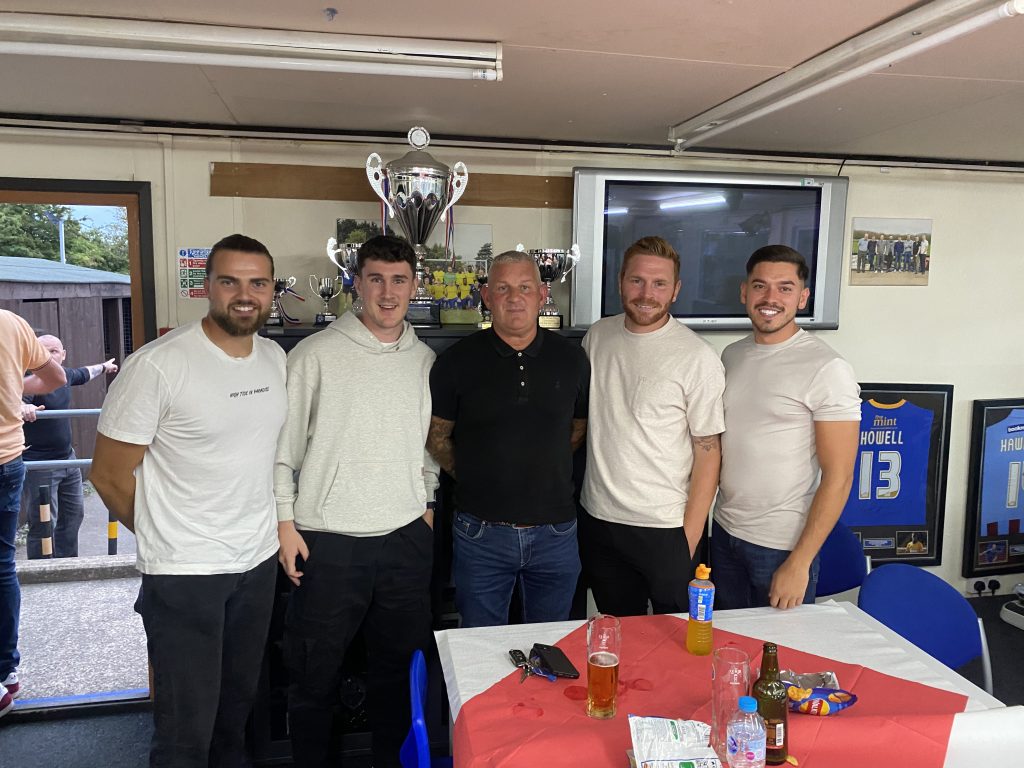